Why I Created Bullet 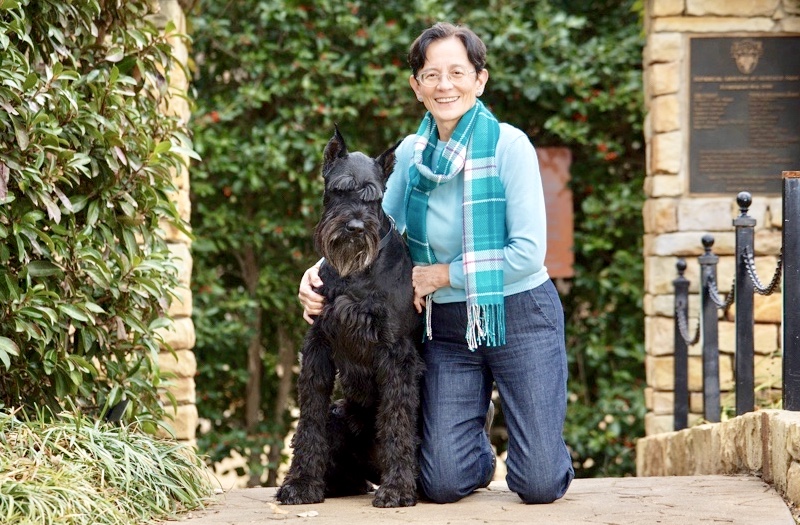 In Gadgets, I intended to portray my antagonist Paco as a pet abuser, a mean person whom the reader would come to hate. But soon two problems arose. One, I found it difficult, if not downright impossible, to write these abuse scenes, especially every time I looked at Shotz, who spent most of her days planted at my feet or staring at me as I typed away on my keyboard. I couldn’t imagine harming her in the slightest way. Two, I began to read Gadgets at the DFW Writers Workshop, and a resounding majority of the members echoed my sentiments. “Surely, you aren’t going to kill the dog?” they asked. No, no intentions whatsoever of killing the dog. By Chapter 10, the unanimous comment was: “You are going to keep the dog in the entire series, aren’t you?” No, I’d had no intentions of doing so. But the more I dwelled on these comments, the more I realized that keeping Bullet in the series made good sense, so I went back to Chapter 1 and made Paco the antithesis of most villains: a man who loved his dog and would do anything for his canine companion. This change steered the plot in an entirely different direction, and for the better, in my opinion.

Writing any series certainly presents its own set of challenges, but here’s one specific to mine. I  started writing seriously in 1985 (Blind Revenge), intending to fulfill a promise I had made to myself at age eight—that one day I would write a mystery. After dozens of rejections, I set Blind Revenge aside and in 1987 started writing Genocide, in which I first included Darcy McClain. At the time, I did not own a dog and had no intentions of adding a canine sidekick to the series, so Genocide was written without even a mention of a dog.

Midway through Gadgets, I decided my villain needed a canine companion, so I created Bullet and modeled him after my fearless girl, Shotz. By Brainwash, Darcy had inherited Bullet and I had the challenge of working him into Genocide, a story not meant to include a dog. I vacillated for months about adding Bullet to the book, but after persistent urging from my editor Caroline, and in allegiance to my readers, I caved and added him to the plot, and going forward he will play a greater role in future Darcy McClain and Bullet thrillers.

← My Corporate Years Why I Self-Published My Thriller Series →