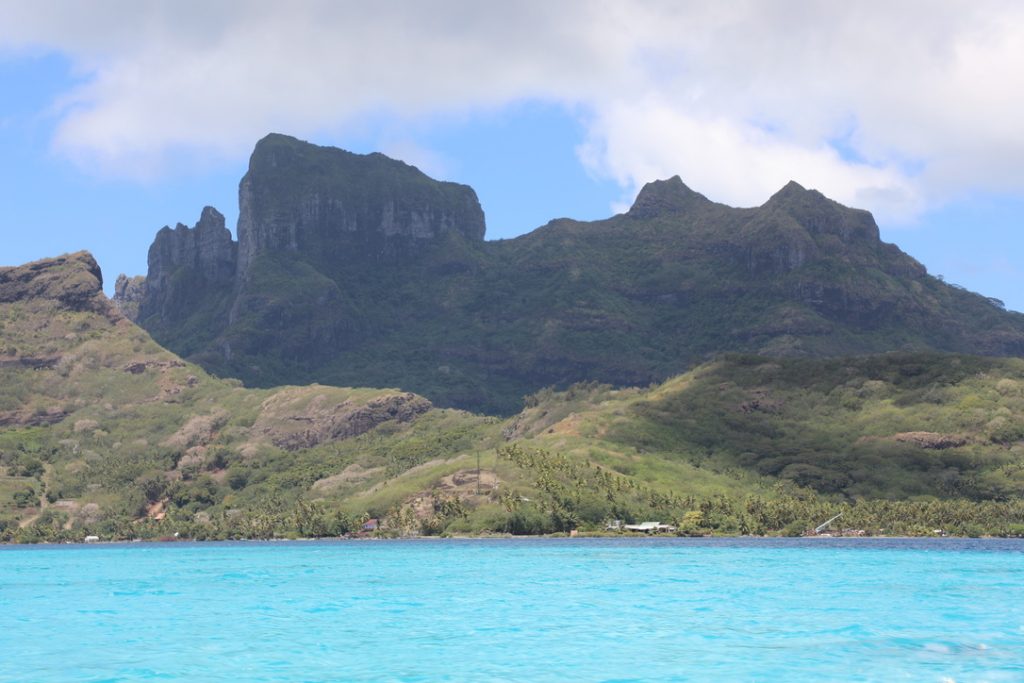 On our way to Vaitape from the Four Seasons Resort, Bora Bora

Sunday morning we caught a boat shuttle to downtown Vaitape, curious to look around, but as the concierge and the locals had said, “There isn’t much to see,” and they were right, but we still enjoyed our outing.

Monday, we ordered room service and ate lunch on the beach, before we packed for our afternoon flight back to Tahiti for a two-night stay at the InterContinental Resort.

As we neared the airport in Papeete, the cloud cover thickened and the crosswinds intensified. The last twenty minutes of the plane ride were so turbulent that the woman across the aisle began to cry, and her seat companion hugged her. Even David admitted, after we touched down, that he had concerns about landing safely.

When we arrived at the InterContinental Resort, we spotted two women who had been on our whale-watching tour on Brando Island. We greeted each other like lifelong friends and they joined us for drinks and dinner. In an agreement between the Brando and the InterContinental Resort, the women had a hotel room at their disposal until they flew out at midnight for LAX. It sure beat hanging out at the airport for hours, killing time.

We had dinner at Le Lotus on the resort grounds, and I have no recollection of what we ordered. We four were too busy comparing notes on our stay at the Brando, their stay on Mo’orea, and our stay at the Four Seasons in Bora Bora, and we talked about future vacations. We have remained in touch via email.

Day five on Brando Island, we said goodbye to the staff and caught our hedgehopper to Tahiti for a short layover before boarding an ATR 72 aircraft to Bora Bora. An ATR holds around sixty-eight passengers, a much larger plane than the six-seater Islander from Brando Island to Tahiti. The fifty-minute flight went quickly, and we were greeted at Bora Bora’s Motu Mute Airport by a representative of the Four Seasons Resort for the short boat ride to the hotel.

Isabel, along with our concierge, greeted us on the boat dock and whisked us away in her golf cart. We had booked a beachfront villa rather than an overwater bungalow for our three-night stay. Because of a large group that would arrive the day we planned to leave the island, there had been some shuffling in the accommodations. As a result, we had been upgraded to a two-bedroom villa—3,300 square feet of space—and as with all beachfront villas, we had our own strip of private beach as well as a plunge pool.

Besides soaking up the sun, beach walking, and snapping photos, we hadn’t planned any activities during our stay. In retrospect, we should’ve booked a day trip to the neighboring island of Mo’orea, which we learned was definitely worth seeing. 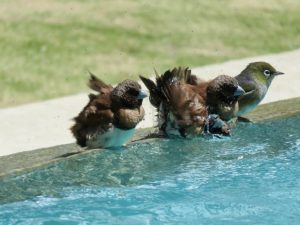 On our first night at the Four Seasons, we ate at Arii Moana and then retired to our villa to unpack and settle in.