Patricia “Pat” Krapf is the author of the Darcy McClain and Bullet Thriller Series. Her novel Gadgets won the Betty L. Henrichs Award for Best Publishable Mystery Novel awarded by the Greater Dallas Writers’ Association. In college, she was also awarded the Publications Service Award for her contributions to campus publications.

Born in New Jersey, Pat spent her formative years abroad. After graduating from the University of Oregon where she received a B.A. in Journalism (advertising), she worked for thirteen years as a writer and product manager in the healthcare, aerospace, and architectural industries, and was a freelance writer for over twenty years.

Pat is still an avid traveler, and many of the settings for her novels are inspired by places she lived or spent considerable time visiting.

What inspired the creation of Darcy, the series protagonist? Pat wanted to relive those years growing up overseas, but in a more daring and dangerous way, so she invented Darcy. As for Darcy’s canine partner Bullet, it seemed natural to include a dog much like Pat’s shadow in real life, a giant schnauzer to whom she is devoted.

Pat lives in Texas with her husband and giant schnauzer Bullet. When she’s not writing the next novel in her thriller series, she is posting to her blog, Hardwired, where you’ll find numerous posts about her travels and her writing process. 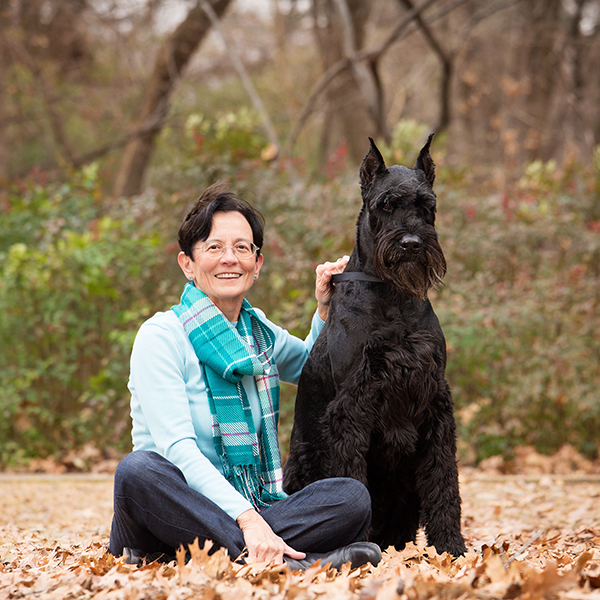 Darcy returned to San Francisco, her birthplace, at age nineteen after living abroad for eighteen years. She saw her share of the world—Africa, South America, Europe, Australia, and New Zealand—while her parents built their wine business, McClain Import Export.

Although she planned to work for the CIA, she didn’t make the cut and has no idea why. She was recruited by the FBI’s Cyber Division and was on the fast track at the bureau when her parents died in a plane crash, leaving her sole guardian of her ten-year-old sibling Charlene. Darcy thought boarding school offered the perfect solution for them both, but four years later, St. Mary’s Academy expelled Charlene. Reluctantly, and with some resentment, Darcy resigned from the FBI to play parent to her sister, one of the hardest tasks she has ever faced. When Charlene entered high school, Darcy started McClain Investigations.

Bullet is a male giant schnauzer and Darcy’s partner in the thriller series. When his original owner was killed, Darcy rescued him, and a new chapter in their lives began.

A word from Bullet: I am not playing a starring role in a cozy mystery as some readers tend to think. I am a working dog and you can read more about me here.