Since I had bypassed the information kiosk and hadn’t read the brochure the park ranger gave us as we entered Dead Horse Point State Park, I had no idea how the park got its name, and I could’ve done without knowing. Legend has it that the point was once used as a corral for wild mustangs roaming the mesa. Cowboys rounded them up, herded the horses to the neck of the point, and then fenced them off. They chose the ones they wanted and left the others corralled to die of thirst within sight of the Colorado River.

Trying not to think about this sad story, I wandered to the edge of Dead Horse Point Overlook to snap photos of the Colorado River and the Canyonlands National Park, which lies to the west of Dead Horse Point State Park. At an elevation of 5,900 feet, the scenery is spectacular.

But what surprised us was the sight of two huge electric blue and turquoise ponds set amid the reddish-brown desert floor. We couldn’t imagine what they were used for until we found a plaque farther along the rim overlook. The striking blue pools are potash evaporation ponds. Canada is the number-one producer of potash and the United States in number ten. Read more here: https://earthobservatory.nasa.gov/IOTD/view.php?id=83905 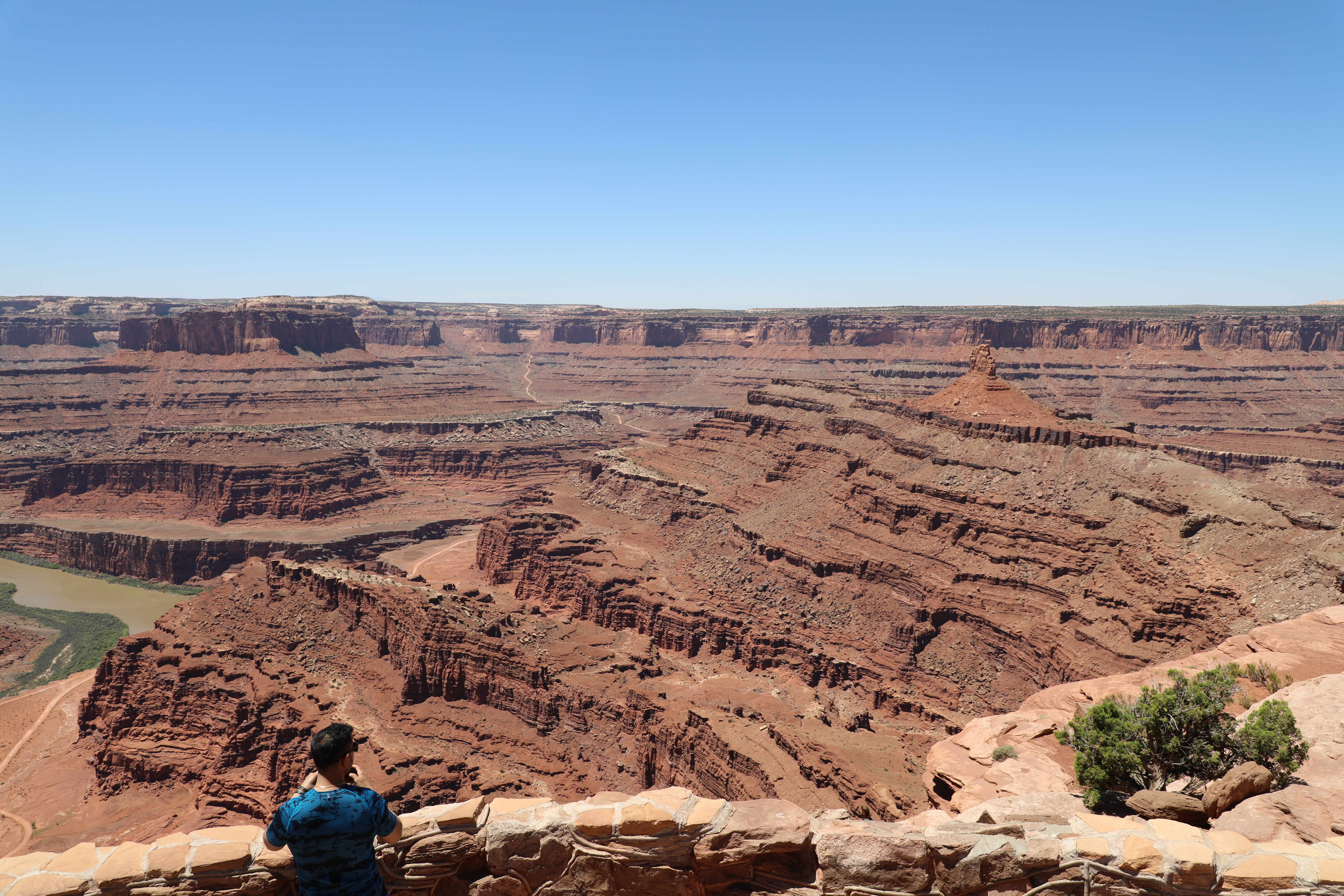 Obey the warning signs throughout all of the national and state parks. Not only are some open range for cattle, but standing on a retaining wall like the one in the photo above is not smart. If you slip, there is a 2000-foot drop to the valley floor. I doubt that you will survive the fall. I saw many tourists standing on this wall taking selfies.

This post concludes my series on hiking in Utah. Stay tuned to next Friday when I will post on hiking in Taos, New Mexico.