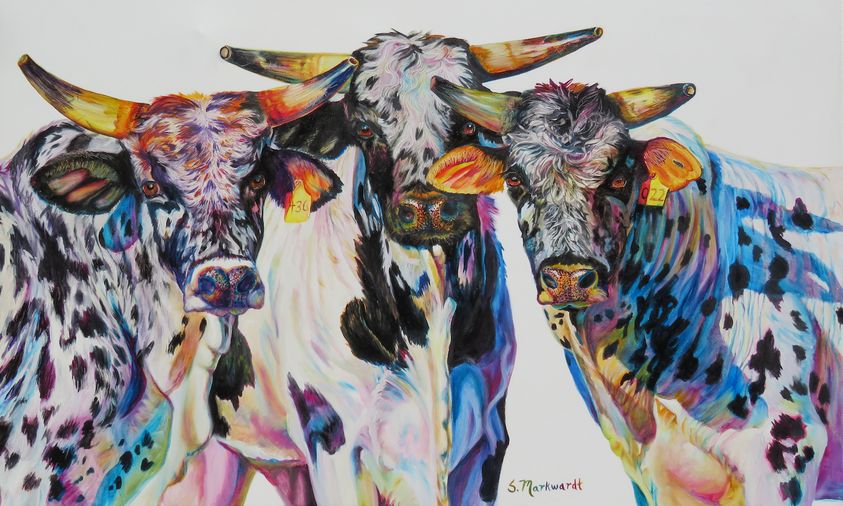 I laughed when asked if I would ever set a book in Texas. “Why?” I thought. Then quickly I reconsidered. Why not? But it wasn’t until thirteen years later that CLON-X came to life in my mind.

I also had no intention of expanding on my Texas series of blog posts, limiting my articles to the history of the DFW Metroplex where CLON-X is set. But the enthusiastic responses I’ve received from readers have prompted me to dig deeper into Texas history.

In my youth, my father – who was raised on a farm in south Alabama – instilled in me a love for the land. I didn’t always feel that way when I had to help tend our vegetable garden or collect chicken eggs, but as I grew older I did come to appreciate the green thumb inherited from my father and my paternal grandfather. Dad once told me there are two things you can never own enough of: land and trees. These words stuck with me into adulthood, and I’ve often daydreamed about owning ranchland. Never have, but maybe in another life. 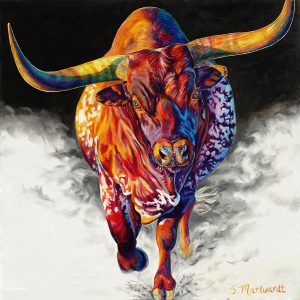 This post is the first of several on the Texas Longhorn. Why the longhorn? Shortly after my introduction to these magnificent beasts, I discovered that, not only are they majestic, but they each have their own personality. While I expected them to be formidable in appearance and demeanor, the former is true but not the latter. Even the bulls I’ve come in contact with have been calm and tame. Cows with calves, while protective, haven’t shown any aggression toward my presence. Of course, I always respect their space and, in my best interest, have been cautious about getting too close to those horns. Although it would be totally unintentional, one flick of the head in the wrong direction and injury can occur to the bystander. So be alert and beware!

Horns can measure up to seven feet from tip to tip and can vary in style from rising close to the head or at the tip of the horn. Many horns vary in color and can have a slight upward turn at their tips or even a triple twist.

Cowboy writer Chuck Walters described the longhorn by saying, “Their long, polished horns sometimes ran six feet from tip to tip … they were lean and lithe, alert as a deer, half-wild, half-savage, half-human.” 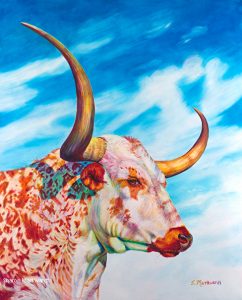 In 1995, the Texas Longhorn was enshrined in law as Texas’s large state mammal by then-Governor George W. Bush, joining the seven other animals recognized as official by the state.

Thank you Sharon Markwardt for giving me permission to use your stunning artwork:  https://www.sharonmarkwardt.com/works

Next week— Texas: The History of the Longhorn

← The Book That Almost Wasn’t Texas: The History of the Longhorn, Part 2 →