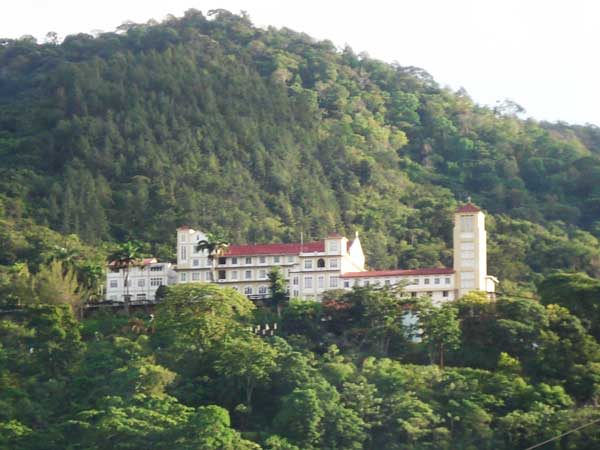 For school, my parents enrolled me in St. Joseph’s Convent. Our principal, a tall, stately woman as I recall, was Mother Superior Theresa Corbie. However, the nun I feared the most was Mother Sebastian. An ominous figure in starched white, she crackled with every step as she bustled down the passages of the cloistered buildings. Her pale Irish face, as white as her garments, only glowed a warm pink if she was angered, but most times she wore a blank stare that made me wonder about her next move. Often my knuckles gleamed red from the whack of her ruler, the disciplinary stick never far from her grasp. It wasn’t until I joined Mother Sebastian’s mandatory embroidery class that I came to respect her and see her in a completely different light.

One hot afternoon as I leaned over my embroidery hoop, pulling through a strand of saffron-colored silk, I looked up to see Mother Sebastian hovering over me, eyes on my cross-stitch. She frowned. I tensed. “Well done, Patricia.” She smiled, and for the first time I noticed her sparkling blue eyes and the tufts of red hair that poked from behind her ears where the temples of her glasses rested. In that moment she became a teacher and not the disciplinarian I feared. Today, I carry fond memories of Mother Sebastian, so fond that she will play a pivotal role in a future Darcy McClain and Bullet thriller.

My eldest brother attended Mount St. Benedict. Founded in 1912 by Benedictine monks, the monastery is perched on a mountainside with spectacular views of Port of Spain and the airport to the east—a spiritual retreat from the hectic outside world and a must-visit destination if you are in Trinidad.

Less than a year after we moved to the West Indies, Dad brought home our first pet—one of a type we had never seen before and never expected to ever own.