Why write techno-thrillers as opposed to another genre?
For years, I worked in the aerospace and the healthcare industries as a technical writer, and as a manager in advertising and marketing, which led to my fascination with technology. So this genre seemed a perfect fit. And once I stopped laboring over romance, which I thought would be more popular with readers, I found that the thriller drove me to the computer rather than kept me away. I began Blind Revenge with a C.S. Forester quote firmly in mind: “I formed a resolution to never write a word I did not want to write; to think only of my own tastes and ideals, without a thought of those of editors or publishers.” However, if my editors make a strong case for change, I will weigh their input.

In your technothrillers, do you feel you are one step ahead of technology or one step behind?
I strive to stay one step ahead by anticipating where the technology is headed. Occasionally, an eye toward the future means stepping over into another genre, in this case science fiction, as most would call it. In Brainwash this crossover proved to be an issue with some literary agents and was a cause for rejection. Two agents requested that I remove “any sci-fi related material.” Rather than keep my plots in line with today’s technology, I prefer to foretell technology. I like to adhere to an adage coined by one of the luminaries of personal computing, Alan Kay: “The best way to predict the future is to invent it.”

What do you like to read?
Not surprisingly, thrillers—and in any subgenre. I also read a lot of nonfiction, anything scientific in nature.

Name some of your favorite fiction authors?
Robert Ludlum, Frederick Forsyth, John le Carré, Ken Follett, and the list goes on. Anything thriller related, I will read.

And your favorite nonfiction authors.
I choose nonfiction based on subject matter and not specific authors. I gravitate to material that I intend to explore in future books.

What are you reading at the moment? 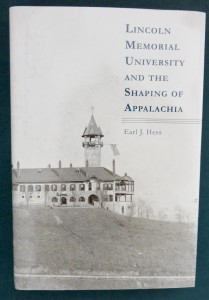 I am currently reading Lincoln Memorial University and the Shaping of Appalachia by Earl J. Hess. Nonfiction. I attended LMU from 1970 to 1972 and recently revisited the campus, which triggered a renewed interest in the history of the university.

What do you plan to read next?
What the Dog Knows by Cat Warren. The book will be my foray into nose work. In book four, Bullet’s ability to sniff out a dead body, track down the killer, and solve the entire case will be a key element to the entire plot.

What advice would you give a young writer?
Read a lot. Write every day, even if at first the duration is short, and write about what interests you. Trust your own judgment. Join a writing critique group. The experience is invaluable. From my own experience, know the rules, but be prepared to break them if it will make your writing stronger.

Do you only write about what you know?
No. I write about what I know, what I like, and what I find interesting. Darcy is my alter ego, so I know her well. Other key characters in the series have some of my own personality traits, which means I also know them well. And it pays to be acutely observant of people’s emotions, watching how someone reacts or deals with, say, abject grief or abuse, such as Paco in Gadgets. As for settings, I use countries or states I have lived in, or I have travelled extensively in. Regarding the technical aspects of the series, I draw upon experience and/or do copious research—some tedious and boring, but most riveting. If need be, I also interview experts on whatever scientific topic I’ve chosen, and some interviewees have even been kind enough to read and edit certain technical passages for accuracy.

But how do you research owning a giant schnauzer?
My fellow writer friend, Sarah Jordan, wrote a wonderful debut novel titled The BossQueen, Little BigBark, and the Sentinel Pup, written from the perspective of the three dogs as their pack moves to a new home, one that comes with a troublesome cat. I complimented her on her insight into canines and was amazed to hear she had never owned a dog. But many family members had, and she pulled it off beautifully. Unlike Sarah, I own a male giant schnauzer and rely on firsthand experiences. When I wrote Blind Revenge, then Genocide, there was no dog in the storylines until I wrote Gadgets, when I decided Paco needed a canine companion. The giant schnauzer was not the best breed for Paco, who traveled under the radar most of his life, but I accepted the challenge. Giant schnauzers are not common and their looks are definitely eye-catching—not attributes you want if you are trying to avoid drawing attention to yourself. But as a working dog with a keen sense of smell, a giant will play to Darcy’s advantage in future thrillers.

Why does Bullet play a bit part in Brainwash?
I really had no intentions of Darcy rescuing Bullet and therefore, no intentions of including him in Brainwash. However, as a member of the Dallas/Fort Worth Writers’ Workshop, a read and critique group, I was encouraged by many fellow members to “Please, keep the dog in the series and whatever you decide, don’t kill him.” Now my series had a dog and I had the challenge of revising the books to incorporate Darcy’s sidekick. In book four, the one set in Texas, Bullet will play a major role.

What do you enjoy most about writing your thriller series?
Everything. I love the entire process. Research, at times, can be laborious depending upon how technical it is. And editing can be monotonous when you strive for perfection, and I do, but overall I can’t imagine not writing.

Do you intend to publish in other genres?
No. I intend to stay focused on the Darcy McClain and Bullet series. And on blogging.

Summarize your writing process. Are you a plotter or a pantser?
A bit of both. The novels are listed in the order in which I wrote them. In parentheses are the release dates, or proposed release dates.

Genocide (2016): I concluded that the outline concept was too restrictive but worked out all the technical details of the plot (genetic engineering) before I began writing. So when I put pen to paper, I had my plot thought out, and I also had a beginning and ending. During the edit process, I chose a new ending.

Gadgets (2015): My knowledge of lasers drove the plot. As for the setting, enamored with the Albuquerque Hot Air Balloon Fiesta, I knew I wanted to start the book with it. I had my ending as well, but at a later date, I tossed the original ending to include Bullet in the series. I also added a new first chapter to introduce a new character, Darcy’s childhood friend Samantha Logan, who will play a major role in a future Darcy thriller.

Brainwash (2014): I had a book title, a technical concept (artificial intelligence and nanotechnology), a setting (Taos), a beginning, and an end. Then together, Darcy and I wrote the story.

Book Four (undetermined): I wrote a synopsis first and from it came the rough draft, which I will polish and repolish over the coming months.

Talk about your research? How do you go about it?
To do justice to this subject, on 12/31/15 I will dedicate an entire blog to research. Watch for it.