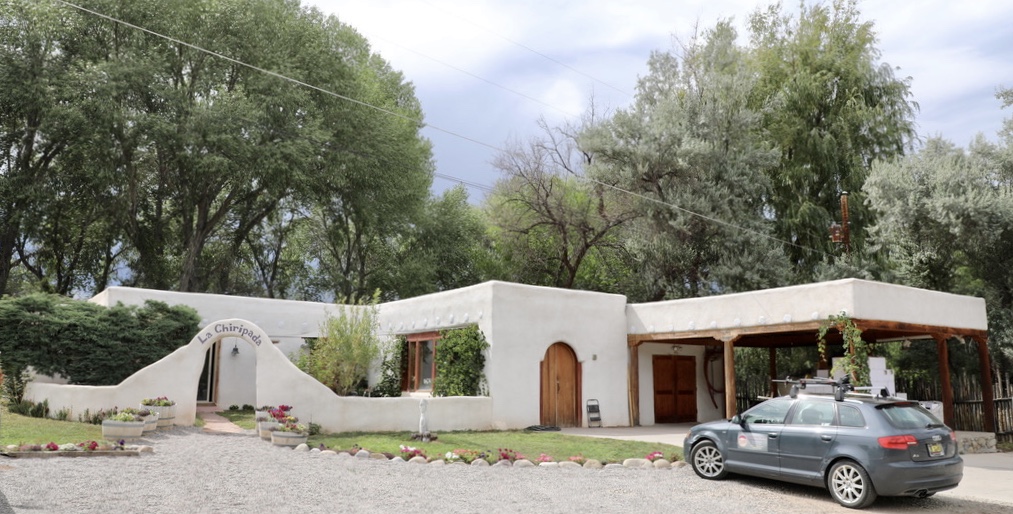 By far, the best part of the day during the summer months in Texas is predawn; warm but not steamy. There is also a certain mystique about being up before sunrise, enjoying the dead calm that prevails. I love to peer into the nebulous shadows, searching for what wildlife might lurk there—deer, coyotes, feral hogs, foxes, bobcats, birds, any number of critters—all of which I’ve seen flying or trooping through our property on their way to Corp of Engineer land and the lake beyond.

One morning as I was returning from a walk an SUV pulled alongside me. The window slid down and a neighbor I’ve waved to, but whom I had never met, formally introduced herself. Lynette had moved to the neighborhood about a year ago from Dallas and lived down the street. She got straight to the point, telling me she “wanted in on our deal.”

Her immediate neighbor Jerri grew root vegetables. No news there as Jerri and I had forged an ironclad “veggie pact” some months prior. Jerri grew what I had resigned myself not to plant after dealing with nematodes in my former garden. Even though I now had raised beds and had better control over my soils, I had lost interest in nurturing root vegetables.

Red potatoes, yellow and green beans, parsley, and tossed with an Italian vinaigrette

“What I bring to the table,” said Lynette, followed by a chuckle, “is cool weather vegetables. No big deal except I grow them almost all year, even in Texas summers.”

Now, she had my attention. “How? Especially in the summer?”

Evidently, the former homeowner had installed a greenhouse with a climatically controlled system to cool during the summer months and warm during the cold months. Lynette wasn’t interested in growing anything in the dead of winter…yet. “It’s an experiment,” she added. “Can I join the pact?”

“Do you grow spinach?” One nod and she had hooked me. I could live on the leafy vegetable.

Masked, hand sanitizer in the pockets of our shorts, and standing a good ten feet apart for optimum social distancing, we removed our masks and the bartering began. Interestingly, neither of us wanted to grow garlic, onions, or shallots, not even our root grower Jerri. So, we agreed to leave those to Stan at El Bosque Garlic Farm. Our symbiotic relationship was off to a good start. 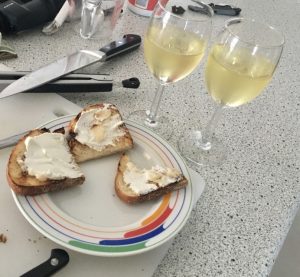 I also found it unusual that neither Jerri nor Lynette, “the cool house grower,” wanted the challenge of growing cilantro in the summer months. Lynette did offer to weather it over in her greenhouse in July and August if need be as the herb took up little space.

Lynette also grew peppers of all kinds, something Jerri and I weren’t inclined to grow ourselves as we both ate few green peppers, but Lynnette offered to add red, yellow, and orange bells to her garden. And I agreed to start planting burpless cucumbers once again now that I could share my mother lode.

A few weeks after our first meeting Lynette called. “Got chives?”

“I do. Need a door delivery?” No, she’d pick up on her way to Calloway’s Nursery.

“I think we’re on to something,” Lynette greeted me a few minutes after her call. Before I asked she continued, “If we can get your neighbor to the South and the one to the East to join us, we could add beef, chickens, and eggs to our grocery list.”

I laughed. “We also have feral hogs for pork, venison, ducks, and the occasional turkey in the area. And should it come to that, I could stock my pond with fish. I’m kidding of course.”

“As long as we don’t have to resort to eating coastal hay,” said Lynette. She thanked me for the chives and handed me a bag.

Tonight, garden fresh lettuce and spinach were on the menu—a summer treat.

← The Garlic Papers Vegetables vs Trees →