Texas: The History of the Longhorn, Part 3 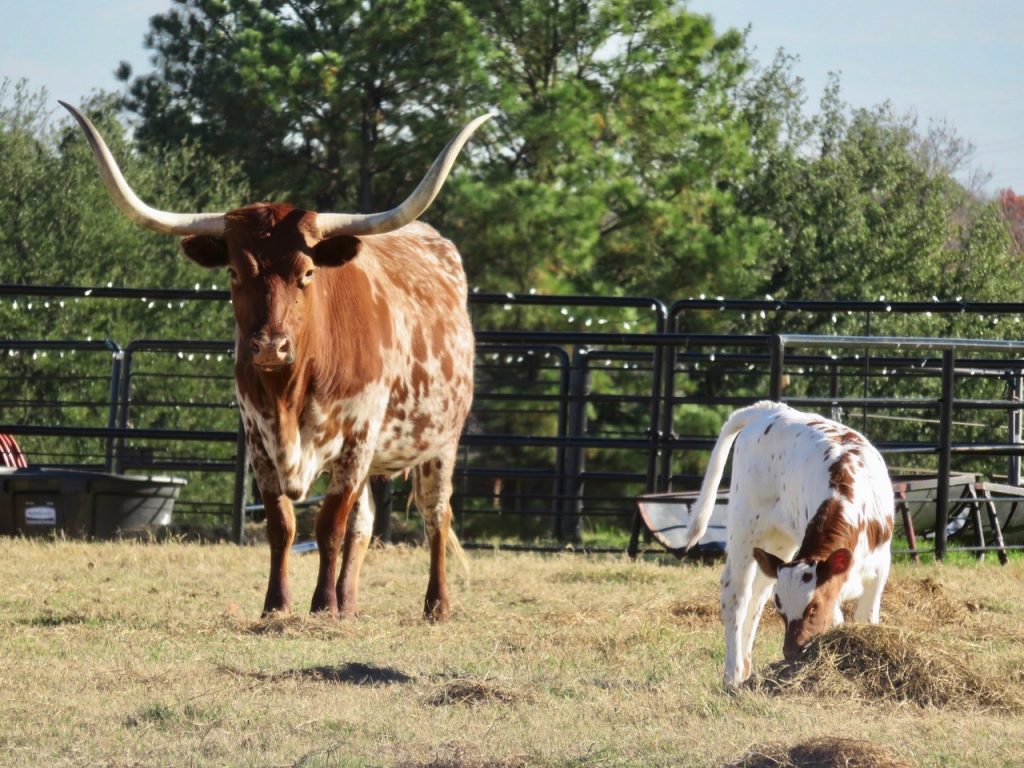 In the previous episode, we learned how Longhorn cattle came to be in Texas in the first place. Let’s pick up with the rest of Michael Casey’s article.

During the eighteenth and nineteenth centuries, the commercial importance of longhorns (since they were at that time the predominant breed of cattle) was to supply the hide and tallow industries of Europe and, after the Revolutionary War, of New England as well. Before the advent of electricity in the early 20th century, candles were the world’s chief source of night light. Tallow, the main ingredient in candles, soaps and lubricants, was obtained by rendering animal fat. Hides were important to the shoe, boot and leather industries. Therefore, “Hide and Tallow” companies (as beef processing plants were then called) became the major users of cattle carcasses, first in California and later in Texas and other southern states as well. In the absence of refrigeration, meat was largely a byproduct and of little commercial value.

An effort to supply the hide and tallow markets began in Texas shortly after the end of the Civil War. During the war, many longhorns from Texas had been driven into the Southeast (swimming the Mississippi River enroute [sic]) where they supplied the field kitchens of the confederate forces. Those first drives had taught the Texans that Longhorns could be driven long distances successfully and without much, if any, loss of weight. Having learned that lesson well, enterprising southerners began driving their longhorns north to the railheads at Abilene and Dodge City, where they were loaded onto trains and taken to Chicago and points east to supply leather and tallow (and to a far lesser extent, beef) markets of the wealthier northern states. That was the beginning of the glory years of cowboys and long distance cattle drives. By 1895 it has been estimated that over 10,000,000 head had been driven the length of the Chisholm, Goodnight and other trails from Texas and other southern states to the northern markets. These drives, which lasted in total less than thirty years and were often led by very young cowboys and “vaqueros”, became a part of the romantic western lore as the “legendary cattle drives of the old west.” Many of the more docile animals were also used, before being slaughtered, to pull wagon trains westward.

During the memorable cattle drives, those millions of Longhorn bulls, cows, steers, and calves walked north along well worn trails and actually gained weight as they walked, all the while protecting themselves and their calves from predators, swimming rivers, and surviving desert heat and winter snows. The fact that they could not only survive but actually thrive under those conditions is a remarkable testament to the evolutionary advantages these animals had gained. 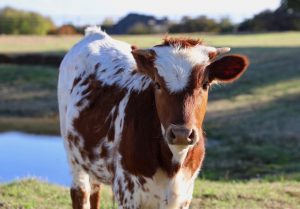 While the cattle drives of the 1870s and 1880s have become romanticized and legendary, the greater influence of these drives was in the exportation of the “Texas Longhorn system.” This system embodied not only the longhorn animal but also the management technique used in Southern Texas that was characterized by “allowing cattle to care for themselves year-round in stationary pastures on the free range, without supplementary feeding or protection.” While it worked well in the tropical climates of Mexico and south Texas, it was inadequate in the more hostile climates further north. The failure of this system in northern climates, plus the influence of “Cattle Tick Fever” (see below), resulted in the near demise of Spanish long- horned cattle in this country. Northern ranchers, who were enjoying relative success during those hard times by utilizing the British system of close penning and winter supplement feeding, lost faith in the longhorn. While it was probably unfair to blame the longhorns for the bad management practices of their owners, the fact remains that the “Texas Longhorns” were rapidly seen as scrub cattle that should be eliminated rather than propagated. The downhill slide of the breed was exacerbated by one of the strengths of the longhorns – their immune system – which now worked against them. Their immune system enabled longhorns to survive while carrying a tick on their hides which, in turn, carried the disease, Cattle Tick Fever. Cattle Tick Fever was devastating to British and other cattle that were not immune to it. When populations of other breeds began to decline because of this disease, that was the last straw and the result was large scale destruction of the nation’s longhorn population.

In a fascinating article appearing in the February, 1999 edition of the Western Horseman, Dwight G. Bennett, DVM, recounts the role of “Cattle Tick Fever” in the history of the demise of longhorn cattle. He attributes that phenomenon largely to pressures from other cattle ranchers intent on protecting their herds from the “Texas cattle” which were “poisoning their [pasturelands]” and killing their cattle. It turns out that the disease-laden ticks, engorged themselves with the blood of their host longhorn, then dropped from the cow, laid eggs on the ground, and died. The disease is carried on when the ticks complete their life cycle by attaching themselves to passing cattle. That explains why ranchers complained that the longhorns had poisoned their pasturelands.

As noted by Dr. Bennett, Cattle Tick Fever was not just identified locally where longhorns were passing through. Indeed, it was recognized as early as 1868 among cattle breeders as far east as New York State who noticed their purebred British stock dying when Texas Longhorns were shipped into the state by railroad from the stockyards in Abilene and other railheads. As a result of public outcry throughout the country the market for longhorn cattle toppled, and, various states passed laws attempting to prevent the passage of longhorn cattle across their borders. Although the tick was later found to be controllable and Cattle Tick Fever has since been eradicated in the United States, those scientific advances came too late to restore the reputation of what had, by the mid 1870s, become, essentially, outlaw cattle. 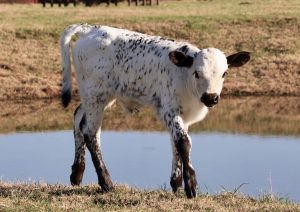 By the 1880s, after consumers had slaughtered millions of longhorns, the demand for higher fat content in both tallow and beef also played some role in the drop in the marketability of longhorns. All things being considered the population of Texas Longhorn cattle went into a steep decline and by 1910 the breed, which only thirty years before had numbered well into the millions, was considered nearly extinct.

In 1927 Congress (at the behest of conservationists and historians) appropriated money to establish a federal herd of purebred Texas Longhorn cattle. Over the next several years, two U.S. Forest Service rangers inspected over 30,000 head of cattle and found only 20 cows, 3 bulls, and 4 calves that were in their opinion purebred Texas Longhorns. These cattle were taken to the Wichita Mountains Wildlife Refuge near Cache, Oklahoma, as seed stock for what has become the “Wildlife Refuge (WR)” herd. Of interest, the WR herd was compiled only from “remote” herds and did not include any influence from six other purebred herds then known to exist (Marks, Phillips, Yates, Butler, Peeler, and Wright). Equally as interesting, no cattle were collected from California, Arizona, or New Mexico where there may well have been purebred herds still in existence.

Most present day Texas Longhorn cattle are descended from those seven families, each of which had its own distinctive attributes. To a Longhorn producer today, it is vitally important to have an understanding of an animal’s pedigree and the degree to which it has been genetically influenced by one or more of those families.

In 1964 the first registry was established to perpetuate breeding records and confirm the purity of blood lines for breeders of Texas Longhorn cattle. Since that time, the numbers of registered Texas Longhorn cattle has soared and by the late 1990s it had exceeded 250,000. Breeders now exist in all 50 states as well as Canada, Mexico, and many other countries.