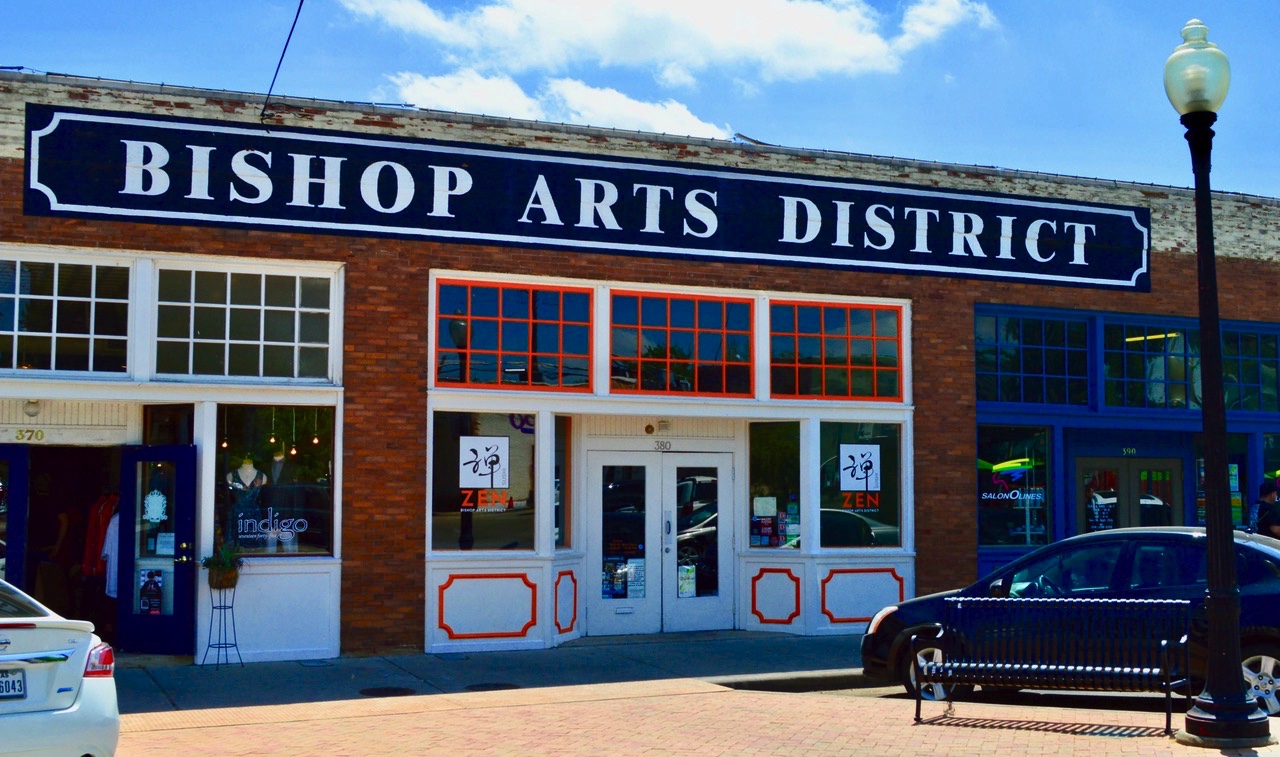 I had visited Dallas on many occasions after moving to Texas to dine, shop, or attend art shows at the DMA—Dallas Museum of Art. But I had never been to the BAD, and quite frankly I had no idea what the acronym stood for, until my brother, a recent transplant to Dallas, said he would meet me for Sunday brunch in the BAD.

Only after I plugged the address for Hattie’s restaurant into my map app did I realize that the BAD—Bishop Arts District—was located in the heart of North Oak Cliff, an area I did know to some degree, as I had been patronizing a local grooming shop on West Davis Street for a few years.

This is what you miss when you go from point A to point B and never bother to explore your surroundings. If I had continued down Davis toward Beckley I may’ve stumbled upon this quaint hidden-gem with its indie shops, eclectic restaurants, and colorful street art. When I arrived in the BAD my reaction, like many other new visitors, was “I had no idea this kind of place existed in Dallas.”

But the Bishop Arts District, simply North Oak Cliff to the locals, has been there for more than a hundred years, and is the largest trolley-era shopping district dating back to the arrival of the streetcar line in 1904. The historic buildings grew up around the trolley stop and have managed to survive demolition as Dallas developed and freeways were constructed north and east of the unique community. For me, it was love at first sight, and it soon became a new go-to spot for eating, shopping, and hanging with friends, especially when our giant schnauzer group received an exuberant welcome from the outdoor cafe owners.

After these K-9 gatherings, to take the energy edge off my wired female Shotz, I routinely walked the streets of the BAD, drinking in its casual vibe. Slowly, I branched out into other neighborhoods of Oak Cliff. On one of these jaunts I found myself in the Tenth Street Historic District Freedman’s Town—a treasure threatened by demolition. Although I love modern architecture, I have a deep appreciation for the old and feel it should be preserved for its history.

Speaking of history, one of the first settlers in Oak Cliff was William Henry Hord who had come west to “assist with Native American issues.” He was granted 640 acres to farm and set about building his homestead.

In 1886, developer Thomas L. Marsalis landed in the Dallas area. He purchased hundreds of acres including most of Hord’s 640-acre farm—Hord Ridge—with the intention of realizing his dream to create a settlement in the area.

Partnering with John Armstrong, another enterprising developer, the two planned to market “this cozy farming settlement” as a prestigious residential community. They advertised it as the “Cambridge of the South,” and the settlement flourished. Marsalis changed the name from Hord Ridge to Oak Cliff, supposedly for the stately green oaks on the cliffs (the bluffs) that overlooked the Trinity River.

In time, disagreements between Marsalis and Armstrong soured their partnership, with Marsalis staying in Oak Cliff and Armstrong going on to develop a community north of the Trinity—Highland Park.

In 1893, due to a financial downturn, the money-strapped Oak Cliff voted to annex itself to the City of Dallas. So Oak Cliff and Dallas are now one? Not really, for the Trinity River physically separates this quaint southern suburb from the rest of Dallas, and today the area has retained much of its identity as a separate community within Dallas. 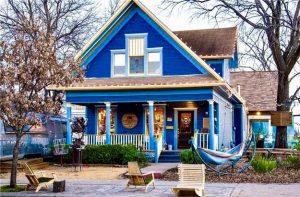 Before we leave, you may wonder how Dallas got its name. This is probably one of the biggest conundrums in the city— no one really knows why it’s called “Dallas.”

Side Note: I am sorry to say that Hattie’s in Oak Cliff has closed.