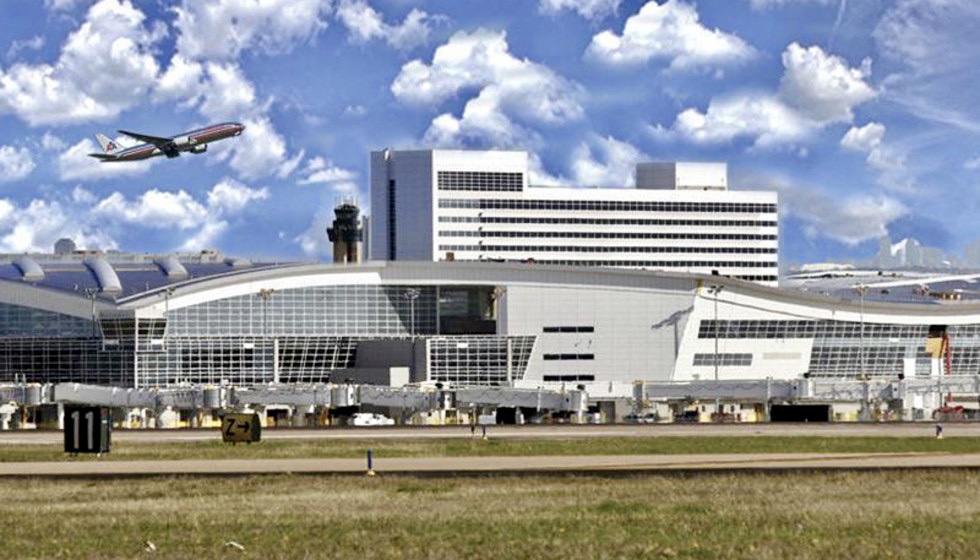 In 1940, talks began for a regional airport in the Dallas-Fort Worth Metroplex. The new airport would be midway between the two cities, and both cities were interested since expansion of the current airports, Meacham Field in Fort Worth and Love Field in Dallas, would require extensive construction to accommodate not only the increase in air traffic, but today’s larger jets.

After decades of heated squabbles between the two cities, the new airport, now named Dallas-Fort Worth International Airport (DFW) was dedicated in the fall of 1973 and became operational in early 1974. If interested, you can read about the decades-long disagreements here.

It’s no accident that DFW Airport is strategically located in the middle of the Metroplex. Some claim it had to do with the flat, undeveloped farm land, while others say the location had more to do with politics and convincing Dallas and Fort Worth to compromise.

Regardless, seventeen thousand acres were purchased for the airport at a cost of $68 million, and ironically, some of the homes displaced during the procurement of the Denton Creek bottomlands to build Grapevine Lake were again displaced for the construction of the airport.

The airport took five years to construct, and at a cost of $700 million. Between 1974 and 1988 it underwent an additional $600 million expansion and improvements, which triggered legal battles from the surrounding towns, citing increased noise and reduced property values. In 1994, the US Supreme Court sided with the airport.

Upon completion, DFW was and is, a monster air hub that covers 29.87 square miles, has its own police, fire protection and emergency medical services, and has a daily workforce of over 60,000 people. In fact, the airport is so big that it has its own zip code (75261), and it is the third largest airport in the world. In 2020, DFW jumped to second place as the busiest airport in the US.

Despite being the world’s busiest airport during the COVID-19 downturn, the airport suffered significant setbacks forcing their major carrier, American Airlines, to postpone their plans for a new terminal—Terminal F.

When the project goes forward, and I’m certain it will at some future date, Terminal F will be the domain of American Airlines, DFW’s hometown carrier. The new terminal will be a 24-gate facility, completing the original vision of a six-terminal complex. The expansion was called “DFW 900”, as American plans to expand its schedule to 900 daily departures.

Interesting side note: When excavation for the airport began, workers uncovered the bones of a 70-million-year-old plesiosaur. Thanks to a grant from Braniff Airlines, SMU graduate students reassembled the skeleton of the 25-foot-long creature.