END_OF_DOCUMENT_TOKEN_TO_BE_REPLACED

David had read about the Calgary Stampede, in some ways akin to the Stockyards Rodeo in Fort Worth, Texas, and although we wouldn’t be in Canada for the July event, he knew they were setting up for the show and he wanted to check it out. So we drove to Stampede Park in Calgary. The city is the center for Canada’s oil industry and is nicknamed “Cowtown.” Rodeos, cattle, oil, and cowboys . . . the two cities—Fort Worth and Calgary—have a lot in common. END_OF_DOCUMENT_TOKEN_TO_BE_REPLACED 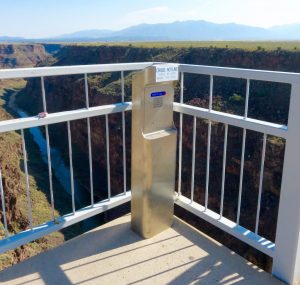