This blog is a continuation of last week’s, dated 11/21/14, and is intended to answer questions from my readers.

8) How do you come up with ideas for new books?

While only six chapters into Blind Revenge, I found myself returning to a recurring question: “When I finish this novel, what’s next?” Over the years, I’ve found that I can’t focus on the current book if I do not have some idea of what the next novel will be. A rough idea alone is enough. So because this question kept nagging me, I started to brainstorm some ideas with my coworkers at the company where I was then employed.

One fellow worker had an interesting idea for a book, but his concept of a pharmaceutical company deliberately spreading a virus to the public, then creating a vaccine to cure the disease fell apart when I began to do some research. I’ve heard the saying before, and here it held true again: the pharmaceutical industry is not in the business to create cures but to create customers. There is certainly more cost incurred by treating a diabetic or hypertensive patient over the course of his or her lifetime than administering a four-dose immunization of polio vaccine, a disease that has been virtually eradicated in the US.

Stumped for an idea for my next book, I was sitting in the waiting room at my doctor’s office when I picked up a copy of Science magazine and read with great interest an article by neuroscientist Dr. Simon LeVay. I came away pondering two questions: Is homosexuality biologically fated? Could there really be a gay gene? Now, I had my springboard for Genocide. All I had to do was flesh out the details.

As for the setting, since I lived in California at the time and loved visiting San Francisco, I set Genocide in The City by the Bay, and made San Francisco Darcy’s hometown after she returned to the US from abroad.

The opening chapter for Gadgets came to me while attending the Hot Air Balloon Fiesta in Albuquerque one cold October morning. At the time, I was product manager for the laser product line at CooperVision Surgical in Irvine, California. As I stared up at the hundreds of colorful balloons that floated through the clear blue sky, I asked myself, “Why would someone want to blow up a hot air balloon and how would they go about it?” Weapon? Laser. Motive? Revenge. But revenge for what? I wrote the first chapter, printed a hard copy, and filed it away. There it sat until I finished Genocide and until I needed an idea for my next Darcy McClain thriller, which would of course be Gadgets.

The idea for Brainwash came about on a wintry day while walking Shotz in a thirty-foot deep arroyo on our land in Taos, NM. There was something intriguing about trooping through a narrow ravine with tall banks on either side, not knowing what I would discover around the next bend as the arroyo snaked its way across the desert terrain. And never knowing when, or where, that maze would end.

Some discoveries were exhilarating, like encountering a lone coyote who was as startled by my sudden appearance in that dry gulch as I was by his. He was wary of me, but more concerned about the growling black beast (Shotz) at my side. Our guard up, we gave him a wide berth and he scampered off in the direction we were headed.

Other discoveries could be described as disappointing. Once, we turned a corner and stopped in midstride, astounded by the huge pile of trash that blocked our path, the garbage most likely washed down by recent storms. After I made a mental note to have the debris cleaned up and properly disposed of, I glanced about to get my bearings.

On the north-facing bank, I noticed tracks leading out of the arroyo where the soft earth had been eroded by a rare watershed. Probably our coyote, but my attention was soon drawn to Shotz, who was muzzle-deep in trash. When I grabbed her harness and pulled her out, she dropped what she had retrieved—a floppy disk that would later morph (in Brainwash) into a USB. Now, I had my book’s starting point and my setting. All I needed was a plot.

On this particular vacation, I happened to be reading nonfiction on two subjects that fascinated me: nanotechnology and robotics. I wondered how I could weave these two topics into a new Darcy McClain thriller.

What if that dirty floppy disk discovered by Shotz had the words “Property of LANL” written on it? From this one question, the plot began to unfold. But halfway through the first draft, fellow writer Pat Snyder made an innocent comment that completely changed the course of the book (refer to blog post from 8/16/2014). Her remark that she knew my character (Johnny) in chapter 1 was not dead, when to me he couldn’t be deader, gave me pause. Keeping Johnny alive made more sense to the overall plot, so I kept him alive.

In my blog post dated 11/7/14, I described how Shotz and I were walking the trails at Bear Creek in Keller, Texas, as part of her rehabilitation from leg and spinal surgeries, and that during one such walk I discovered a hook for my next novel. Suddenly, Shotz was drawn to a black trash bag floating in the water. The bag contained the remains of a deer carcass, the animal shot out of hunting season. In book four of the Darcy McClain thriller series, the trash bag will contain the remains of Catherine Lord, a renowned geneticist and aunt of Vicky Lord, Charlene’s college roommate.

Next week: “Self Publishing and The Darcy McClain Series.” 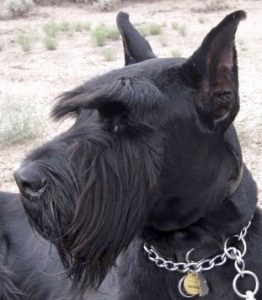 At this stage in my blog posts, I’ll explain for subscribers and book readers why I’ve taken you on this long journey from the US to Mexico, back to the US, and then to Africa after a four-year stint in the Caribbean. Not to mention why I’ve introduced you to my shadow of almost fifteen years: my giant schnauzer Shotz, who was the impetus for Bullet in the Darcy McClain thriller series. I’ve provided this background to acquaint readers with me, and to show in detail how these events shaped my main character, Darcy McClain, and the series as a whole.

Darcy is indeed my alter ego, but she is far more adventurous and daring than I, and life is less dangerous when I’m living through her eyes. And like me, she is a globetrotter, which will soon become evident as the series moves overseas (in book five) to exotic European settings like Croatia and Hungary.

But let’s backtrack for a moment to answer a few questions often asked about the series.

1) How did you come to write a series? In an earlier blog post (Corporate Years, Blind Revenge & Genocide), I wrote about my very first novel titled Blind Revenge. I have not released this book but will do so, retitle it, and fold it into the series. It was meant to be a standalone, but the main character in Blind Revenge so closely resembled Darcy that I decided a series was a good idea.

3) How did the name for your main character come about? I toyed with several names but finally settled on Darcy McClain while reading John Grisham’s book The Pelican Brief. I was quite fond of the name Darby, but felt it was a bit too tame for the daredevil main character I had in mind. So, I dropped the b and added a c, making her Darcy. As for her last name, my favorite movie at the time was Die Hard, and I could certainly identify with the Bruce Willis character. Therefore, I took the name McLane but failed to check the spelling. I later decided that McClain served as well as McLane and did not bother to correct the spelling.

4) What is the theme of your novels? The general premise for all of the DM thrillers is the same. A wrong has been committed, usually a murder, and Darcy feels compelled for one reason or another to right that wrong.

5) Why did you create Charlene? I created Charlene, who is twenty years younger than Darcy and a deadbeat, to heighten the conflict in the series. Through this sister-to-sister discord, the reader gets a better understanding of what makes Darcy tick. As the series progresses, Darcy’s innermost thoughts and reactions surface as the longstanding rift between the two sisters finally reaches a crucial point. By seeing how Darcy deals with her sister and the frustrations that arise from their relationship, we come to know her as a person.

6) Why did you create Bullet? Bullet came about by intent, but I hadn’t originally planned he would stay. While writing Gadgets, I intended to portray my antagonist Paco as a pet abuser, a mean person whom the reader would come to hate. But soon two problems arose. One, I found it difficult, if not downright impossible, to write these abuse scenes, especially every time I looked at Shotz, who spent most of her days planted at my feet or staring at me as I typed away on my keyboard. I couldn’t imagine harming her in the slightest way. Two, I began to read Gadgets at the DFW Writers Workshop, and a resounding majority of the members echoed my sentiments. “Surely, you aren’t going to kill the dog?” they asked. No, no intentions whatsoever of killing the dog. By Chapter 10, the unanimous comment was: “You are going to keep the dog in the entire series, aren’t you?” No, I’d had no intentions of doing so. But the more I dwelled on these comments, the more I realized that keeping Bullet in the series made good sense, so I went back to Chapter 1 and made Paco the antithesis of most villains: a man who loved his dog and would do anything for his canine companion. This change steered the plot in an entirely different direction, and for the better, in my opinion.

7) What challenges have you faced while writing your series? Writing any series certainly presents its own set of challenges, but here’s one specific to mine.

I started writing seriously in 1985 (Blind Revenge), intending to fulfill a promise I had made to myself at age eight—that one day I would write a mystery. After dozens of rejections, I set Blind Revenge aside and in 1987 started writing Genocide, in which I first included Darcy McClain. At the time, I did not own a dog and had no intentions of adding a canine sidekick to the series, so Genocide was written without even a mention of a dog.

Midway through Gadgets, I decided my villain needed a canine companion, so I created Bullet and modeled him after my fearless girl, Shotz. By Brainwash, Darcy had inherited Bullet and I had the challenge of working him into Genocide, a story not meant to include a dog. I vacillated for months about adding Bullet to the book, but after persistent urging from my editor Caroline, and in allegiance to my readers, I caved and added him to the plot. Although he plays a bit part in Genocide, he will play a greater role in future DM thrillers.