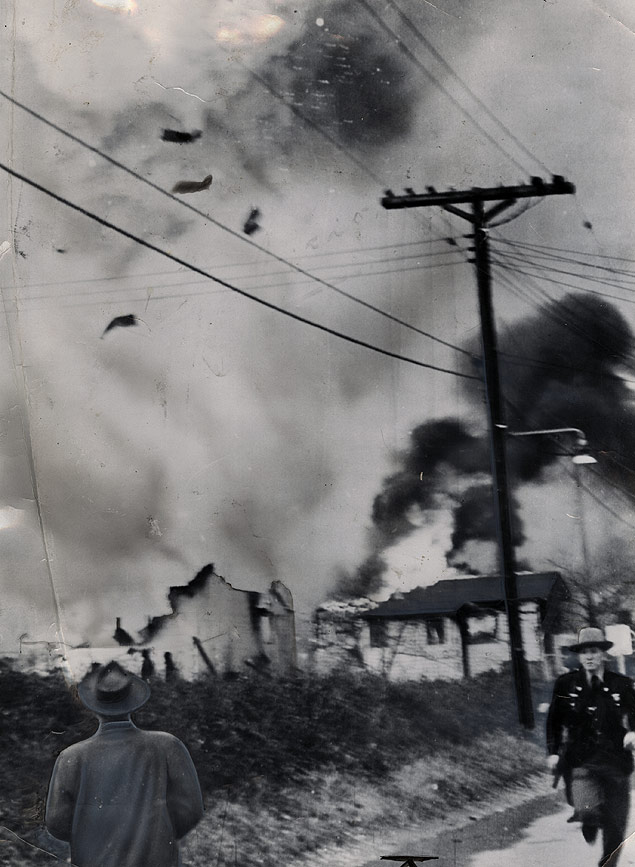 February 9, 1960, on a sunny Tuesday afternoon around 1:45 p.m., I was in school at Meadowvale Elementary when the first explosion shook the entire building. My immediate thought was an earthquake, but our teacher said the explosion probably came from activity at the Aberdeen Proving Ground.

The explanation calmed most of the students in my class until the second of thirty explosions touched off. Six of the blasts were so severe and so intense that they rattled and cracked windows, and the lights flickered off and on, creating panic among my classmates, and me.

After school let out and I climbed off the bus, I saw huge plumes of black smoke billowing high into the air and heard an occasional, far-off blast. That’s when I learned the local fireworks company on Chapel Road had exploded, shattering windows in homes miles away, ours included. But this was nothing compared to the two killed and the five injured in the explosion. James Archie Fabrizio, the president and owner of the company, was last seen running into the building with a hose just before the plant exploded into flames. His body had to be identified through dental records and his belt buckle. Nellie Stansbury, who collapsed during one of the explosions, was rushed to Harford Memorial Hospital where she died two hours later from a heart attack.

The fireworks plant was opened in 1922 by Mr. Fabrizio’s father, Achillo Fabrizio. The fire was the largest in the history of Havre de Grace, and for years the site sat deserted but today is home to Grace Manor, a housing development.