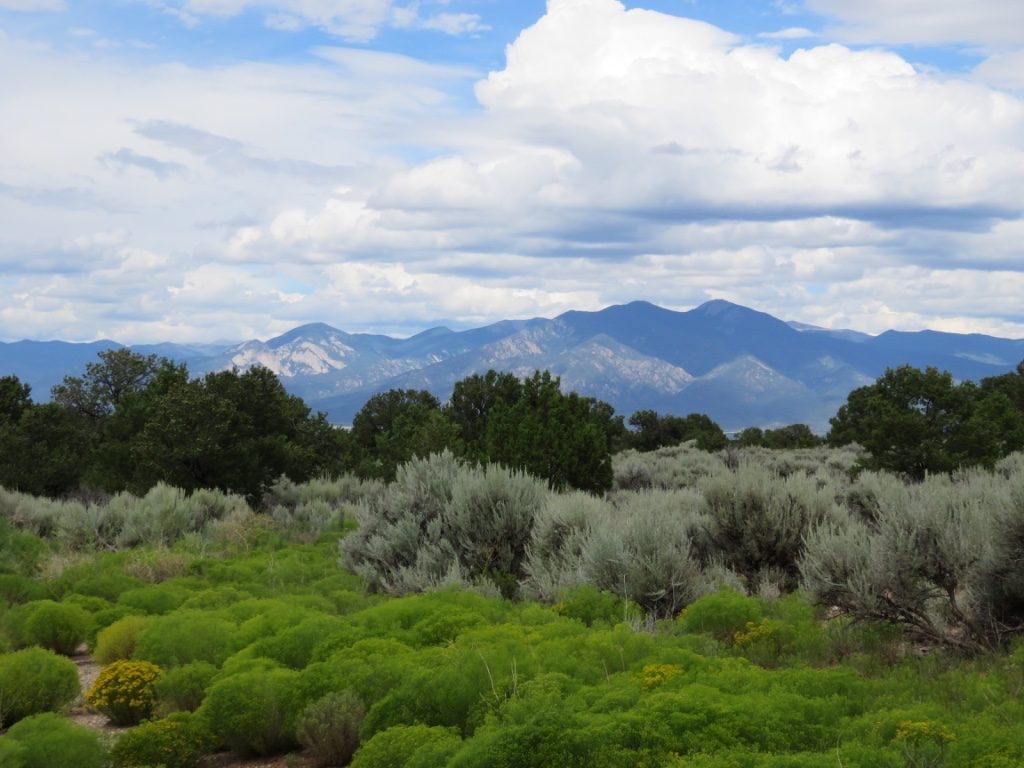 Cholla
The cholla is a tree-like cactus with a woody short trunk and upright candelabra-like branches. The plant grows to a height of seven feet and is as wide as it is tall. The cholla is widespread throughout the Southwest and prefers gravelly, sandy soil in elevations of 2000 to 7000 feet. In summer, the tree sets forth showy magenta blooms. In its native habitat the cholla is considered a weedy pest, infesting rangelands and forming dense thickets on overgrazed lands. 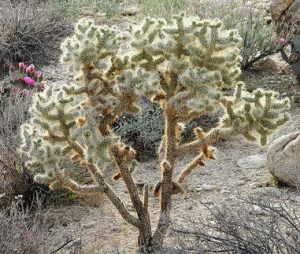 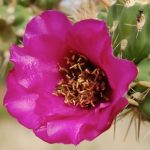 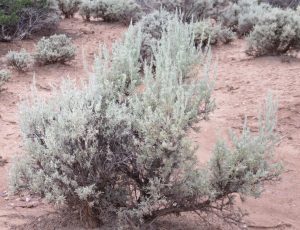 Big Sagebrush, also called big sage, or simply sage,is a silvery-grey evergreen shrub with strongly aromatic foliage. The pungent odor is especially fragrant when brushed against or after a good rain. The rugged, perennial shrub grows to a height of seven feet and bears inconspicuous flowers in late summer. One mature plant may produce as many as a million seeds. 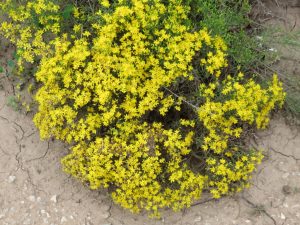 Chamisa/Rabbitbrush/Rabbitbush
Chamisa is a silver-blue deciduous shrub about three to five feet tall and wide, and is in the sunflower family. It has pungent yellow flowers in late summer and early fall.

Blue Grama
Blue grama, a warm-season grass, is native to the High Plains and a good alternative to water-thirsty lawns. It is easy to establish, cold hardy, pest- and disease-free, and tolerant of poor soils. The grass is low growing, although most of us would not consider one to one and a half feet tall as low growing, at least not for a lawn. The blades are thin and the texture of the grass fine, but the look can be a bit wild if left unmowed. I started our small blue grama lawn with plugs, and within two seasons we had a nice, tight stand of turf. Ironically, we had some good rains during the monsoons of 2015 and 2016 and had to install a gutter to divert the excess water from drenching our lawn. 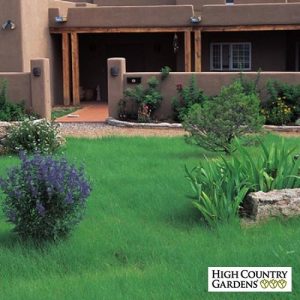 Too much water and you can rot your blue grama. Photo: High Country Gardens, Santa Fe, New Mexico. We purchased our blue grama plugs from them. It will be another season before we have a full lawn.

Jackrabbits vs Jackalopes
Jackrabbits are not rabbits but hares. They have taller hind legs and longer ears than a rabbit, while a jackalope is a mythical animal of North American folklore described as a jackrabbit with antelope horns. I’ve seen plenty of jackrabbits, some the size of small dogs, scampering across the desert Southwest, but have yet to see a jackalope. Of course, I say this in jest, as there is no such thing as a jackalope . . . or is there? I can attest to the fact that the only jackalopes I have ever seen were in Santa Fe and Albuquerque. Check them out here: http://jackalope.com. 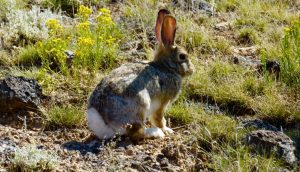 The Taos Hum: All this talk about fictitious jackalopes is a good segue into another phenomenon, the Taos Hum, an elusive, low-frequency humming noise first reported around 1990. Only about 2 percent of the general population are “hearers,” those who claim to detect the hum. Theories as to the cause/source abound. Read more: http://www.livescience.com/43519-taos-hum.html and http://strangesounds.org/2014/09/taos-hum-elusive-hum-taos-new-mexico.html.