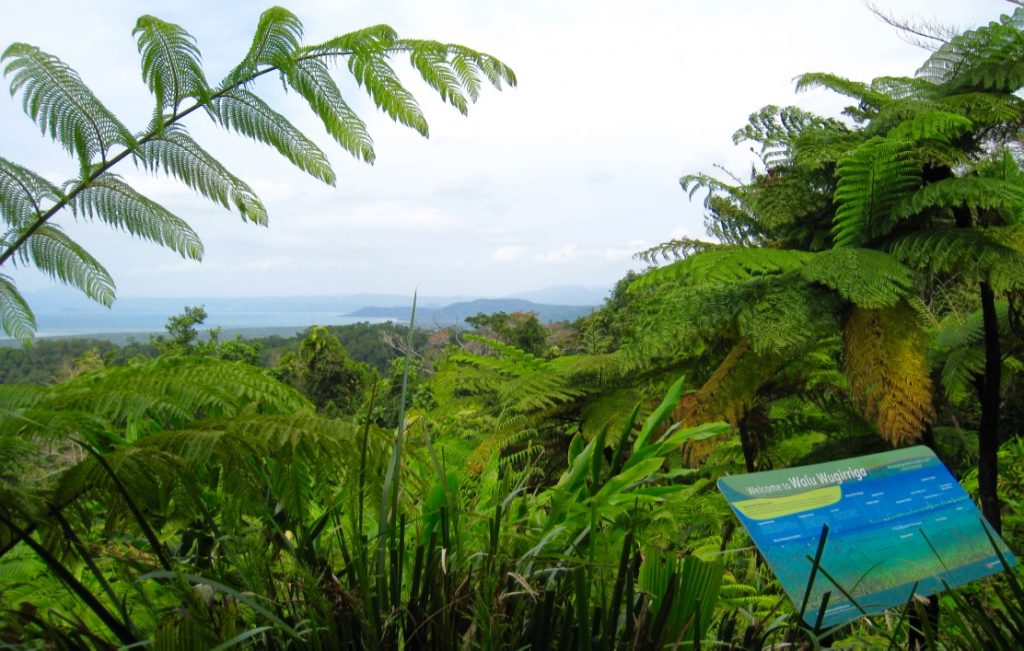 By day four in Port Douglas, I was getting antsy for a change of scenery. I’m not much of a shopper and I don’t load up on purchases at the beginning of a trip, especially if it means buying more luggage, and we still had three weeks of travel ahead of us. And I’m definitely not much of a lounger—beach, poolside, or even at a sidewalk café. But on day four I found myself doing all four. I told myself it was a good way to refuel, but I wasn’t convinced.

We started the day with a beach stroll, followed by browsing the shops, and later a long walk on the wharf and through town, stopping at Payless Rental & Tours to inquire about a rental car for Sunday, before we browsed more shops.

We lunched at Cafe Ziva, people-watched for quite some time, and then returned to our hotel to lounge poolside for the afternoon. David read while I jotted notes for a future Darcy and Bullet thriller to be set Down Under and updated my travel log. 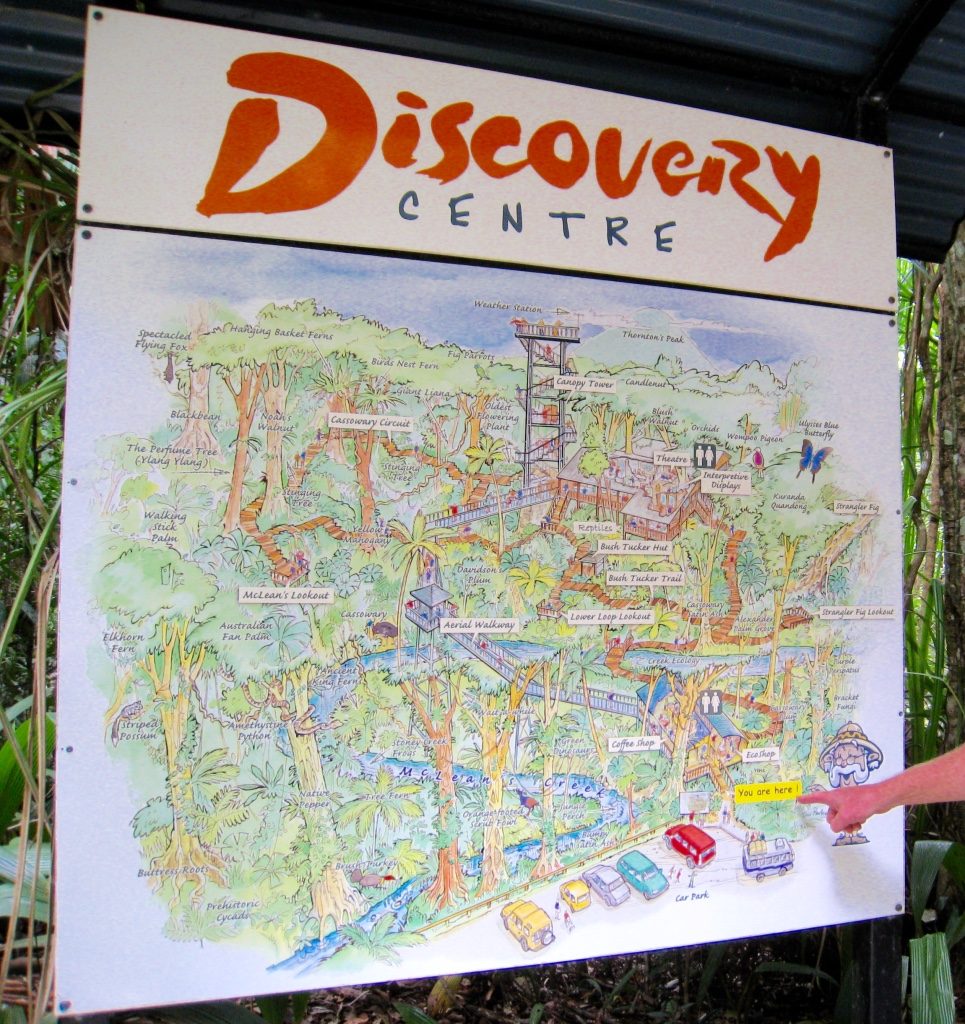 For dinner, we ate at Bucci. Besides loving duck as an entrée, I am also a big fish-eater, as I was spoiled by fresh seafood caught by my father, an avid fisherman. I ordered Mooloolah River swordfish char-grilled on lemon leaves and served with a fresh tomato and herb salsa, and David had the pan-seared Cone Bay barramundi with a chili-pickled beetroot salad with whipped feta, onion confit, and walnuts. For dessert, a snifter of grappa, guaranteeing we would sleep soundly that night.

Early Sunday morning we collected the keys to our rental vehicle from the shopkeeper next door to Payless Rental and found our Mitsubishi SUV parked on the street, just as the rental owner had instructed. There was no way, he had informed us when we filled out the paperwork, he would be working that early on a Sunday, but he was willing to make other arrangements to accommodate our wishes. We offered to pick up the car on Saturday, right after we signed the contract, but he said there was no reason to pay for an extra day, and besides he had no rentals available. He concluded our transaction with a smile and a question: “Why do Texans always carry guns?” I replied, “Well, we don’t always carry guns. We aren’t carrying them now.” I smiled and left David and the owner to their discussion of surf fishing and moseyed over to the adjacent shop, curious as to what models of ten-speed bicycles they were selling.

Shortly thereafter, we arrived back at our hotel to gather a few things for our day trip to Daintree National Park, the largest rainforest in Australia. We spent hours in this tropical wonderland, hiking and snapping photos as we visited Mossman Gorge and the Daintree Village, a laid-back rural town situated on a bend of the mighty Daintree River, where we spotted two crocodiles skimming the waters. Although we were warned, we didn’t see any cassowaries. Cassowaries are large flightless birds. They resemble emus and are shy, but when provoked can inflict serious, sometimes fatal injuries. The warning reminded me of a similar one about ostriches many years ago when I lived in Africa. If cornered, the frightened bird can deliver dangerous kicks capable of killing a lion. Rule: Don’t provoke the wildlife, any wildlife.

Back in Port Douglas, we dropped off the rental car and headed to our hotel for a short nap to reenergize before we walked across town to the docks to find our boat for a sunset sail around the harbor. On board, we sipped wine, nibbled appetizers, and watch the sun sink on the blue horizon.

Our conversation turned to the Daintree Rainforest, and what we might do if we revisited it. Maybe a guided fine feather tour? Australia has so many beautiful birds. Or a river cruise, getting up close and personal with the crocodiles. We had done something similar more than once in Florida, but saw no crocs, only alligators, and in a much smaller boat. Yikes! We also enjoyed the Mossman Gorge and the aerial walkway on our way up to the Canopy Tower. As suggested, we kept our eyes open, hoping to spot a cassowary, but only saw an amethystine python camouflaged in the foliage of an Australian fan palm that towered over McLean’s Creek. 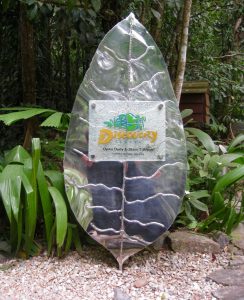 For dinner that night, we decided on Thai food and ate at Siam by the Sea. Most of the reviews were four or five stars with a few twos and threes. Our seafood meals were delicious, and I loved the pineapple fried rice.