During a recent email exchange with my publicist, we were discussing fun facts about the author—the author being me. While ruminating on my travel experiences, my mind wandered to the pets I’ve had in various countries throughout the years, and some were not your normal ones.

Mexico: My recollections of owning a pet are based largely upon stories from my parents, for certainly my memory of Mexico City is limited, as I lived there from the ages of four to six. What I do recall, and my mother confirmed, is that my first pet was an iguana. But there was only one problem: our yard was full of iguanas. They all looked alike and I considered them all my pets.

Trinidad: Years later, at age twelve, my brother Bob brought home two fluffy yellow chicks, one male and one female. He gave the male leghorn to me, and I named him Henry. Henry, in true rooster form, ruled the roost and could be quite aggressive, especially when protecting his hens. But our most unusual pet in Trinidad was an Amazon parrot named Julio. You can read about him here: Trinidad, Part 3: Julio

South Africa: As a teenager, I had a pet pig named Derek, a wiggly pink piglet that grew to be a five-hundred-pound porker. He had a sweet disposition and loved to have his ears scratched. 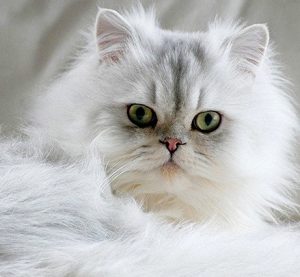 Fast forward. In 1976 I bought a chinchilla Persian cat and named her Benilda Joi, BJ for short. She was a beautiful feline with eight-inch-long white hair tipped in silver, emerald green eyes, and a flat face. In the sunlight the silver tips shone a soft lavender color, giving her a regal allure. Her soft meows were barely audible, and she punctuated them with an equally soft snort as she’d look at me, begging for a taste of whatever I was fixing for dinner.

She also had some interesting quirks. When I bought BJ I lived in an apartment and for months I fought fleas. That was the age of the flea collar, but I was reluctant to use one on a kitten, so I resorted to bathing her weekly. She was the runt of the litter, tiny and easy to handle. I made the bath experience as positive as possible, talking soothingly and afterward giving her treats, despite her nasty behavior. As odd as it sounds, she grew to love water; I presume this because every time I ran a bath she would jump into the back of the tub and let the water slowly lap her paws.

Another idiosyncrasy was a fear of heights. I tried, numerous times, feeding her on the counter. She would not make the leap to the surface, so I set her dish on the coffee table. She circled the table, waved her long tail in the air, and meowed but refused to jump onto the tabletop. If I put her on the counter, she would begin to quiver and cry. “I’m not that keen on heights either,” I told her as I put her on the carpet. Loves water, fears heights . . . had I really bought a cat?

As for bad habits, she had few, but one in particular I really didn’t care for. She would tear down the hallway at record speed, launching herself into the air, and dig her claws into the drapes. Then she’d ride them down to the floor, leaving deep snags in the fabric. Eventually, I replaced the curtains with vertical louvers. The next time she tried the curtain-riding trick, she was stunned to hit the blinds with a resounding clatter but landed nimbly on the tiled floor. Bad habit eliminated, and I wasn’t even trying.

Like most cats, she was leery of dogs but not afraid of them. She wasn’t declawed. One day, while BJ lounged on the back patio of her Texas home, the neighbor’s red heeler (Australian cattle dog) wandered into the yard. I was in the kitchen. When I caught sight of the canine intruder, I ran to the door to protect BJ. No need. She jumped onto the top of the BBQ lid, waited for the dog to charge, then dropped onto his back, claws extended. The dog shook her off and hightailed it out of the yard. I never saw him again.

BJ grew into a magnificent animal and topped out at thirteen pounds of solid muscle. Although her entire litter suffered from epilepsy, and by year three all of her siblings had passed on, she lived to be eighteen. I was not told about the disease prior to buying her and am thankful for having had her so long. 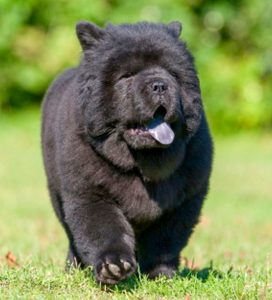 Sugar Bear, “Bear” for short, was my first dog as an adult, a black chow chow. I named him after the cartoon mascot for Post Super Sugar Crisp, my favorite breakfast cereal at the time. As a puppy he resembled a cuddly black bear cub and grew up to be an imposing dog. He was rambunctious but not aggressive and a joy to own.

Many years later I bought Shotz, our first giant schnauzer, as a birthday present for my husband David.