By day four in Port Douglas, I was getting antsy for a change of scenery. I’m not much of a shopper and I don’t load up on purchases at the beginning of a trip, especially if it means buying more luggage, and we still had three weeks of travel ahead of us. And I’m definitely not much of a lounger—beach, poolside, or even at a sidewalk café. But on day four I found myself doing all four. I told myself it was a good way to refuel, but I wasn’t convinced. END_OF_DOCUMENT_TOKEN_TO_BE_REPLACED 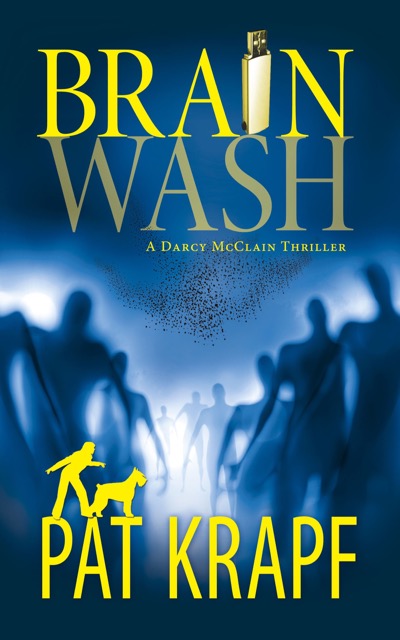 Time was my primary reason for self-publishing the Darcy McClain Thriller Series. When I began writing thrillers, I focused on doing just that—writing. Many years later, and after countless revisions, I had four novels I felt were ready for submission to literary agents. But for one reason or another—and many times no reason was given—the books were rejected. My reaction to these rejections? Disappointing, but they only reinforced my commitment to write the next book in the series. Blind Revenge and Genocide were rejected because of their length, and justifiably so. However, back then, as a novice writer, I was in a quandary as to how to cut the word count, so I enrolled in a self-editing class—one of the best investments of my writing career. Our professor, Don Whittington, made it a course requirement to attend one meeting of the Dallas/Fort Worth Writers’ Workshop, a read and critique group. I was a member for ten years, and the knowledge and direction gained was invaluable.

Of the book rejections I received, one stands out as the most constructive, and it steered me in the right direction. The handwritten note came from literary agent Elizabeth Pomada of Larsen Pomada Literary Agents in San Francisco. “Dear Pat—Thanks very much for sharing Genocide with me. The idea is intriguing, but more pacing and pruning would help. Keep at it.” After Ms. Pomada’s comment, I enrolled in Don’s class.

As for Gadgets, one agent wrote, “You write well . . .  no question about it, but this isn’t what I am looking for right now.” Regarding Brainwash, the general consensus was that agents didn’t like me “sticking my toe into sci-fi” when the book was labeled a thriller. Undeterred, I kept honing my craft and I pressed on with my writing, occasionally taking time for submissions, but my main focus was working on the next book in the series. Bottom line, I was hooked on Darcy. In 2001, Gadgets won the Betty L. Henrichs Award for Best Publishable Mystery Novel, bolstering my confidence in my writing skills. In 2004, Brainwash failed to make the cut but didn’t miss the mark by much, and the critique proved helpful. In my estimation, the deficiencies cited were minor because they could be easily fixed. For example, an argument between Darcy and Charlene took center stage at the beginning of the book but fizzled toward the end with no solid resolution. I never intended for there to be a resolution. After all, how do you resolve a lifetime rift in one book? However, I did tone down the conflict, and the long-standing divide between the two sisters will explode in a heated argument in Clonx and a decisive resolution will occur, as I had originally intended. The judges also wanted to see, hear, and smell more of the New Mexico landscape. From reader reviews, I’ve gathered that this has been corrected as well. Many readers have commented that they felt as though they had been to New Mexico even though they have never set foot in the state. Others who knew the area said I captured its essence, and my love for New Mexico was apparent. 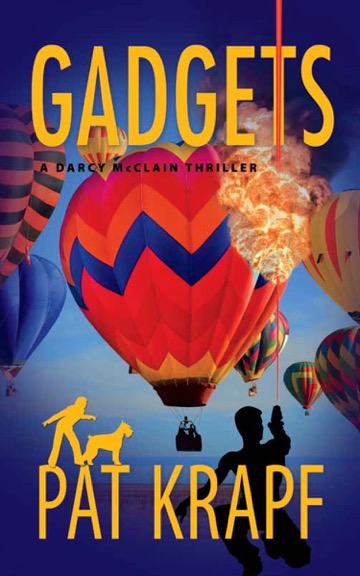 As the years passed and I wrote one thriller after another, still more consumed with writing than pursuing publication, I realized the time had come to do something with the seven Darcy McClain novels I had, and the two others that were firmly planted in my mind. I toyed with the idea of, once again, going the traditional route but weighed the time involved. At lunch one day with several fellow writers, I listened to someone say they had waited months for a reply to their query, while another had waited almost sixteen months for a response regarding her manuscript submission. Another said his novel had sat on a desk for over two years, and when pressed, the literary agent finally admitted the box containing the manuscript had never even been opened—and the agent had personally requested to read the book. None of this was news to me, for I had been through similar experiences. For weeks, I mulled over the time issue and finally made the decision to self-publish.

I came to this conclusion by weighing the following considerations: Publishing is a subjective business with agent and publisher wants/needs always changing, which makes predicting what they want, need, or find marketable at any point in time an impossibility. Besides, my goal was to write what interested me and not to write simply for commercial appeal. Publishing is also a slow industry. It takes weeks, sometimes longer, to get a response to a query letter, and months to read a three hundred- to four hundred-page manuscript. I waited over a year to hear about Brainwash. When I did, the response was encouraging: “You write well and you have a compelling concept for a thriller.” However, the editor did not like my crossover from the thriller genre to science fiction, even though the step was, in my opinion, minor. She agreed to “take on the book” if I deleted any sci-fi references. I pondered this request for over a week and relented, only to learn that she no longer worked for the publishing house and was “pursuing other interests.” Around this time I began to ponder why any writer needed to look to the publishing industry for validation. Why not self-publish and let readers determine the outcome of your series? Either it sold or it languished on Amazon. And as far as promoting the series, with a degree in advertising and post-grad work in marketing, I stood a fighting chance of seeing the series sell, and sell well. Would it take a lot of work to self-publish and to promote the books? You bet. But how rewarding to promote your own creation. And another upside to self-publishing? You have control. You can’t control someone else’s time, but the more you are in charge, the more you can control. 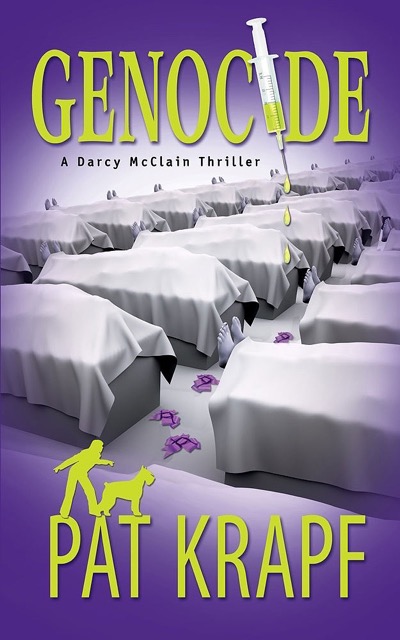 Someone once asked me, “Why does it take so long for you to write your next book?” First of all, writing is not a footrace, which is another plus to self-publishing: working to your own deadlines and not those mandated by a contract. And my goal is to produce quality, not quantity. I have no interest in adding to the glut of poor-quality books already in the marketplace any more than I wish to surpass my fellow writers in the number of books they have on Amazon, or any other book outlet. Producing a quality book from cover to cover is what I am striving to do with the series. I recently read an interesting article titled “Dear Self-Published Author: Do NOT Write Four Books a Year” by Lorraine Devon Wilke and thought you might enjoy reading it as well.

Discussing how many books an author has written brought to mind a conversation I had with a woman at a recent party I attended. She said, “So, you’re an author. Tell me, how is that working out for you? Are you selling a lot of books? Making a lot of money?” I replied, “The goal was to write and produce the best book I was capable of publishing, not to see how much money I could make.” As she walked away, she said, “Well, we all have different expectations.”