With some trepidation we boarded our flight in Monrovia for Johannesburg with a layover in the capital of the Belgian Congo, Kinshasa. At the time, the country was under military lockdown, and the week before, rumors had circulated that a group of rebels had pulled civilians off an arriving plane and shot them execution style on the runway.

Before we arrived in Kinshasa, Dad gave us strict instructions to do exactly as the soldiers ordered once we landed. After we taxied to the gate, the airport authorities told us to leave all of our personal belongings on the plane except for our passports. We deplaned and filed into the hot, stuffy terminal where we sat in silence while two men in military uniforms, machine guns slung over their shoulders, scrutinized us and our passports. An hour later, everyone from our flight was allowed to reboard, and our jet took off for Johannesburg. We all breathed a long sigh of relief as we touched down at Jan Smuts Airport. From Johannesburg we flew to Cape Town.

On the drive from Cape Town to our new home in Wellington, we stopped in Paarl and Stellenbosch. The picturesque cities were surrounded by miles of hilly terrain blanketed with lush green vineyards that rolled to the banks of a pristine river, then undulated up the slopes from the valley floor to the stark peaks of the mountains. Nothing had prepared me for the beauty of the Western Cape Winelands. And the minute I laid eyes on the Cape Dutch architecture, I fell in love with the whitewashed walls and thatched roofs.

For schooling, I could have attended Huguenot High School to complete my senior year, but enrolling made no sense with only two classes left in my course curriculum. And one of them—algebra—I planned to drag out to the bitter end. I also liked my routine of up early to study and the afternoons to do as I pleased.

In my free time, I wrote short stories and poetry. Or went for long walks down the dirt lane to the main road that led into town, stopping to admire the Drakenstein Mountains reflected in the huge stock pond near the mouth of our drive. In winter a light dusting of snow specked the jagged cliffs, and as evening fell shadows painted broad brushstrokes of purple across the creviced escarpments. Occasionally, a vehicle zoomed by, winding its way up the twisting road to Bain’s Kloof Pass with its hairpin curves and rugged mountain scenery.

Once a month, with a metal bucket in each hand, I made the trek to a neighboring chicken farm for eggs and pasteurized milk so we could churn our own butter. Recently, my mother offered to give me the churn, but I politely declined. I had seen enough of it in years gone by.

One winter day, my two brothers and I caught the train from Wellington into Cape Town, a pleasant trip as the tracks wound through the scenic countryside. We spent hours touring the streets before we boarded a sightseeing bus for Hout Bay, where we stood at the lookout point for a view of Table Mountain. Mantled in snow, the ridge looked as if someone had draped a white lace tablecloth over the top. It’s funny what sticks in a young mind. Of all the sights in downtown Cape Town, what I recall the most was the street vendors selling flowers I had never seen before, and especially impressive were the proteas. In 1994 while vacationing in Innsbruck, I walked through the hotel lobby minutes after the staff had received its flower delivery. I zeroed in on the massive proteas, and memories flooded back. One of the flower arrangers asked, “You know this flower?” Indeed I did. When we returned from lunch and stopped at the reception desk for our room key, the receptionist handed me a bouquet of proteas. I carried them with care from one country to the next as we made our way through Europe by car. They brightened our hotel rooms for over three weeks.

And it was in Wellington that I experienced my first braai (Afrikaans for “grill”) and had my first taste of boerewors (sausage). I miss both. It was also there that my mother, the city gal, finally learned to drive at age forty-five. In Wellington, driving school was conducted by the local police. On the last day of instruction, as she neared the police station to drop off the officer, she failed to brake in time and almost drove up the front steps. The officer rolled his eyes and passed her, telling her to be more cautious when she drove. Read more about living in Wellington, South Africa on my 6/20/14 blog post. 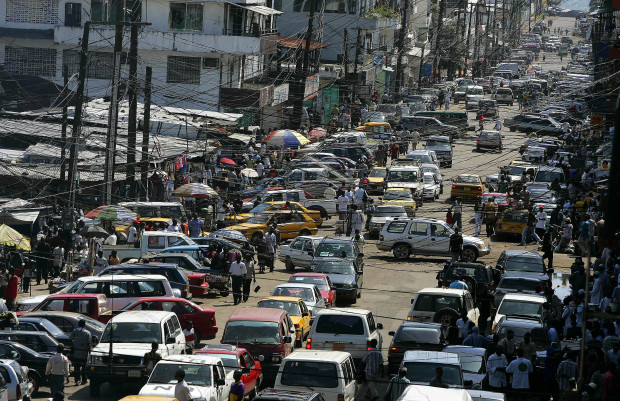