END_OF_DOCUMENT_TOKEN_TO_BE_REPLACED

Virginia’s Ghost is a cozy mystery with a supernatural twist. The inspiration for the book came from a milieu I’m very familiar with: the auction world. For those of you who don’t know, I spent about a decade and a half of my working life at a Toronto auction house heading up the glass, porcelain, and silver departments. The day I left that job, I announced to the entire staff that they’d provided wonderful inspiration for the book I would one day write (some of them looked a little worried).

I tinkered with the novel for longer than I care to admit. My goal was to publish it while I was still fifty, and I did so on September 11, 2014, just six days before my fifty-first birthday! 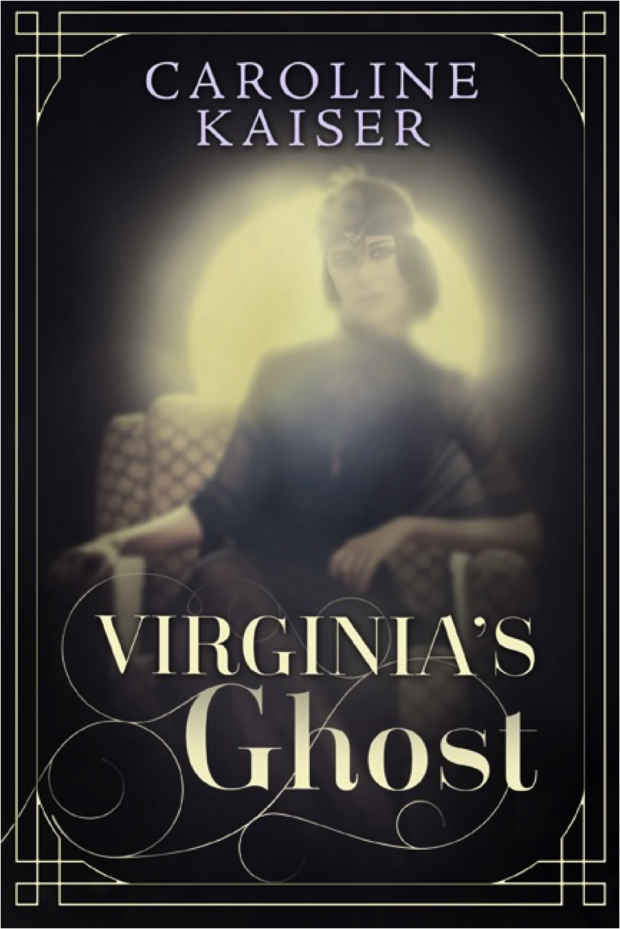 So what is it all about? Read on …

Antiques specialist Virginia Blythe of Gable & Co. Auctioneers is working late one night when she hears mournful wailing. Following the sound to its source, she gasps in astonishment: a breathtakingly beautiful flapper who looks like a refugee from an F. Scott Fitzgerald novel is lingering in the shadows of the company’s basement.

Later the disconsolate young woman returns to offer Virginia her diary, written in 1928. It reveals she’s the ghost of wealthy Toronto socialite Constance Pendleton. What is Constance trying to tell her? Intrigued, Virginia curls up with the diary and begins dipping her toes into the elegant opulence of Constance’s Jazz Age world.

But suddenly things go terribly awry at Gable & Co. Just as Virginia’s preparing for a blockbuster auction, some valuable porcelain mysteriously goes missing and her job is on the line. The worst, however, is yet to come. A shocking murder spins the eccentric world of the auction house into chaos. Struggling to make sense of it all, Virginia turns increasingly to the secrets of the diary.

Virginia’s Ghost is a tale of ghastly crime, euphoric love, and devastating betrayal in which two women transcend time to affect each other’s lives in startling ways.

Virginia’s Ghost is currently available in both paperback and Kindle form through Amazon.com, and Amazon.ca. The EPUB version is available through Kobo, Barnes and Noble and Chapters Indigo.

See my Facebook author page, which is dedicated to all things Virginia’s Ghost.

“Author Caroline Kaiser is a freelance editor, but before that she worked for almost 14 years at an auction house. She uses her first-hand experience to give readers a behind-the-scenes look at what turns out to be a rather dysfunctional world. It’s a great idea, a great setting, ripe with possibilities for interesting characters, soap-opera drama, and foul play. She sets up the scene and creates the atmosphere in a realistic and inviting manner that gives the reader the ‘fly on the wall’ feeling.”