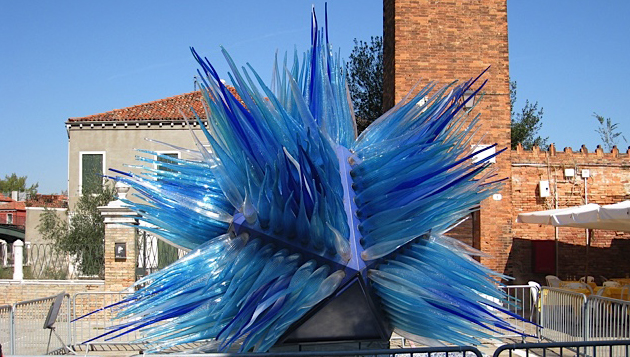 After we checked out of our hotel, I settled into the passenger seat to enjoy the exhilarating drive south along the lake to Lecco. Other forms of transportation are certainly available in Italy, but Dave, who I think is part race car driver, can never resist driving in Europe. The roads from Lecco to Verona were good and well marked. Only once did we get turned around; we had to circle a roundabout three times until we noticed the turnoff to Bergamo. But once in Verona, we found ourselves lost and our car GPS of no help, so I resorted to my iPad. Even then, we were skeptical of the directions given since the tablet led us off the main road into a vineyard. 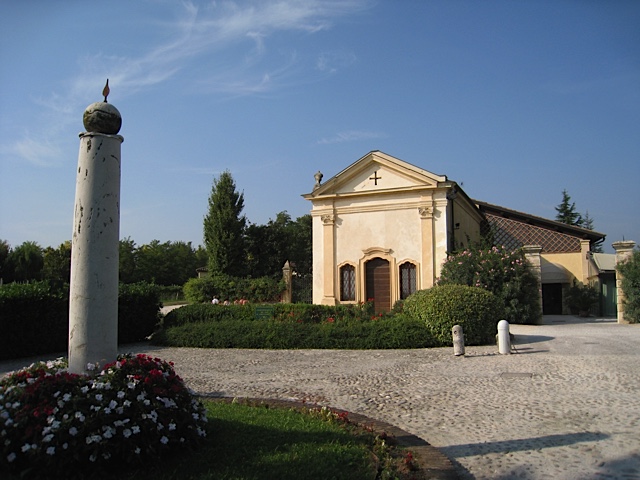 Growing frustrated as we drove over gravel lanes through row upon row of well-maintained grapevines, I flipped open my cell phone, ready to call the restaurant at Villa del Quar when the hotel’s small chapel finally came into view. We parked in the designated area near the chapel and were shown to our table in the glass-enclosed sunroom. Glass door panels opened onto the lush green gardens with a view of the swimming pool and the vineyards in the distance. The day was warm, but a soft, cool breeze made the semi-outdoor seating a delight.

Our three-course lunch began with crab salad, followed by spaghetti in a white wine lobster sauce, and for dessert, a cappuccino-chocolate flan mousse. We were enjoying our last few sips of wine—only one glass as we were driving—and had the first bite of dessert halfway to our mouths when Dave put down his spoon and sputtered, “There! Look! I win.” 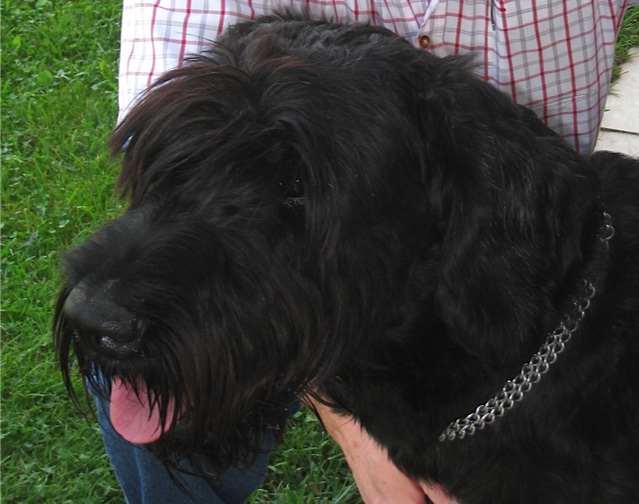 At first, I had no idea what had demanded his immediate attention nor what he meant by winning. Winning what? But when he abruptly stood up, his napkin falling to the floor, I turned to see a large black animal trotting through the restaurant as though he owned it. One of the waitstaff quickly followed after the giant schnauzer, shooing him as nonchalantly as he could with three dining couples looking on. No one seemed to mind the dog’s presence, but the waiter was definitely shocked when we set our utensils down and quickly followed the dog outdoors.

As for winning, before leaving the US Dave and I had made two bets. One: would we even spot a giant schnauzer on this trip, and two: if so, who would be the first to see it? On both bets, Dave had indeed won. We hurried after the dog until we caught up to him. We missed our own giant, so we wanted to lavish some love on this unsuspecting boy, who couldn’t have cared less. But after a few minutes of two people doting on him, he rewarded us with licks and kisses, then went on his way. We returned to our dessert and to explain to our waiter why we were so enthralled to see a giant schnauzer, or as he called him, “Oh, the farm dog.”

Keeping tabs on the time, we left Verona in the mid-afternoon. We finally arrived at the Venice airport, where we dropped off our rental car and walked to the dock area to catch our ferry to Venice. The ten-minute walk—a little under five hundred yards and with luggage—from the airport arrival terminal to the boat departure point is one good reason to pack light. It’s a lot easier to wheel one suitcase instead of two and/or anything heavy. I learned my lesson in 1994 when we had to park seven blocks from our hotel and hoof it to the city center with luggage in tow. 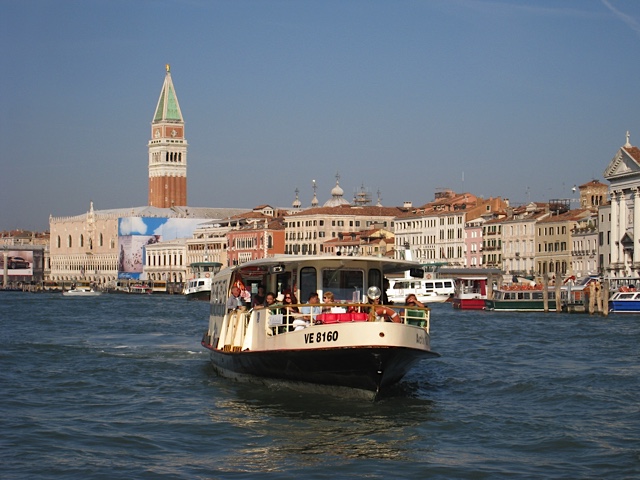 Although a pleasant trip, our water boat made six stops along the way, so by the time we docked at Piazza San Marco (St. Mark’s Square), dusk was falling. Tired, we checked into our room at Hotel Campiello, recommended highly by Rick Steves. The room was clean but very small even by Venetian standards. The twin bed could only be accessed from one side, its other side crammed against the wall. As for the shower, Dave had to leave the door open in order to use the stall. The shower area was too small even for me to turn around in. When you came out of the shower you had to be careful you didn’t bump into the toilet as it sat a few inches from the shower door. Since I’ve never been hard to please, I took this all in stride. After all, we weren’t going to live here.

The next morning we rose late, if you call 8:00 a.m. late. We ate a quick continental breakfast and hurried to the dock to catch the vaporetto to Murano. The vaporetti is the public-transit system, a fleet of motorized bus-boats, only they operate on water and not pavement. After we checked the schedules on the charts posted at the dock, we bought our tickets, had them validated (stamped) at the machine, then climbed aboard our water bus, moving to the far end to allow the rest of the crowd to board. 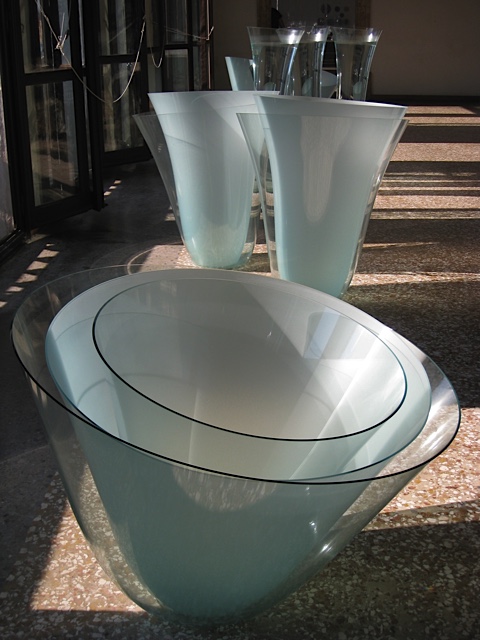 Murano, famous for its glassmaking, is actually a series of islands linked by bridges. We began our trip with a visit to the glass museum and continued it with some glass shopping. I’ve had a long-standing love affair with Murano glass and glass in general, and couldn’t wait to visit the shops.

The Museo del Vetro (glass museum) was once the palace of the bishops of Torcello, a typical Flamboyant Gothic-style residence. It had several owners before being sold to the Murano municipality in 1840. In 1861, the museum was established. Today the ceiling of the large central room on the first floor testifies to the original splendor of the palace with an eighteenth-century fresco by Francesco Zugno (1709–1789) and three impressive, large chandeliers. 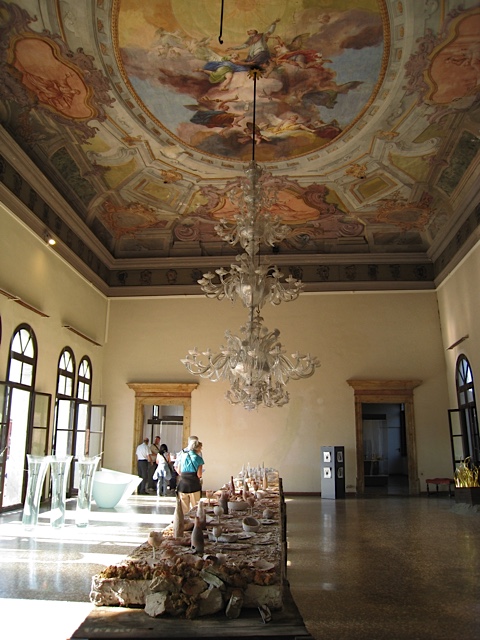 After our tour of the museum, we visited the adjacent gardens, then walked through the town to enjoy the sights and window-shop. In a store close to where we planned to lunch, we brought a few souvenirs, one a miniature black glass Murano giant schnauzer.

We chose an outdoor café and were soon seated, ready to sip a glass of crisp white wine to go along with the day’s special of grilled sole, four-cheese ravioli, and a marble cake topped with fresh berries.

Stuffed, we were ready to shop for Murano glass. I was excited and overwhelmed by such beautiful choices. Where do you start? But we managed to find our way and made some nice purchases during our island visit.

On the walk back to catch our vaporetto, we came upon Simone Cenedese’s stunning Comet Glass Star on the Campo San Stefano near the Murano clock tower. The impressive glass sculpture was assembled from five hundred blown glass elements in six colors and of various sizes. A photo of the glass work is shown above. 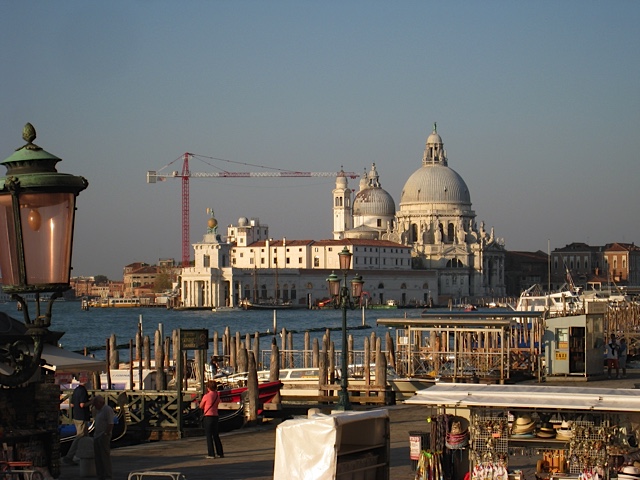 Six hours after we first docked on Murano, we caught the water bus back to Venice. Next week, more fun in Venice.