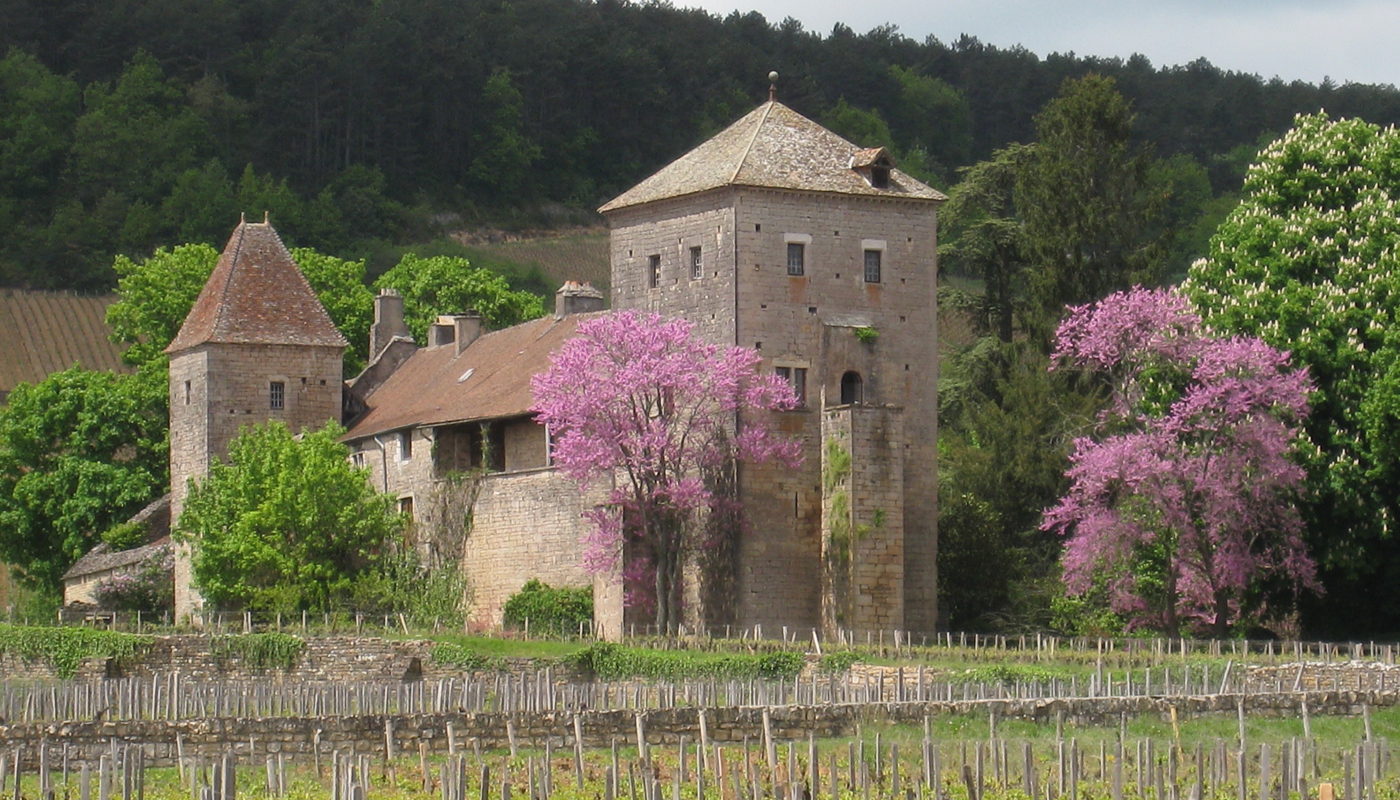 Day two in Beaune. I tucked a rain jacket and umbrella into my backpack and was ready to face the elements for our all-day excursion into the Burgundy wine region. We had hired a local guide for a private tour of some wineries, as well as to provide a deeper understanding of the oenology and the geology of the Burgundy region. Having lived in California for decades, we were both familiar with our local wine regions, so we weren’t new to viticulture or winemaking in general, and while Dave was well-versed on French wine production, I was not. And, I soon discovered, unlike at most wineries in California, you can’t simply stop in for a tasting and a purchase at any French winery you choose to visit.

Our guide met us at our hotel, and we sped away to downtown Beaune, just minutes away. As we walked through the narrow streets of this charming town, she gave us a brief history of Beaune and pointed out significant landmarks along the way. One sight that caught my attention was a model of the Beaune ramparts, which we planned to explore the next day.

We arrived at our guide’s office and settled in for an in-depth discussion on viticulture and vinification, and she was certainly a wealth of knowledge on both subjects. During the hour-long talk we tasted wines from various villages in the Côte de Beaune, which gave us a better grasp of just how important the terroir is to wine growing and how it affects a wine’s taste. The terroir is the symbiosis of grape, soil, climate, vineyard placement, and the human touch, all rolled into one.

“Now we will go on the ground,” said our guide. As an avid gardener, I hoped this meant what I thought it did, and I was right. We drove through the countryside, stopping at intervals to feel the soil in which the grapes grew, learning hands-on about viticulture and how geology impacts wine growing. A side note: 95 percent of all wine produced in the Burgundy region, from Dijon to Lyon, comes from two specific grape varieties: pinot noir and chardonnay. 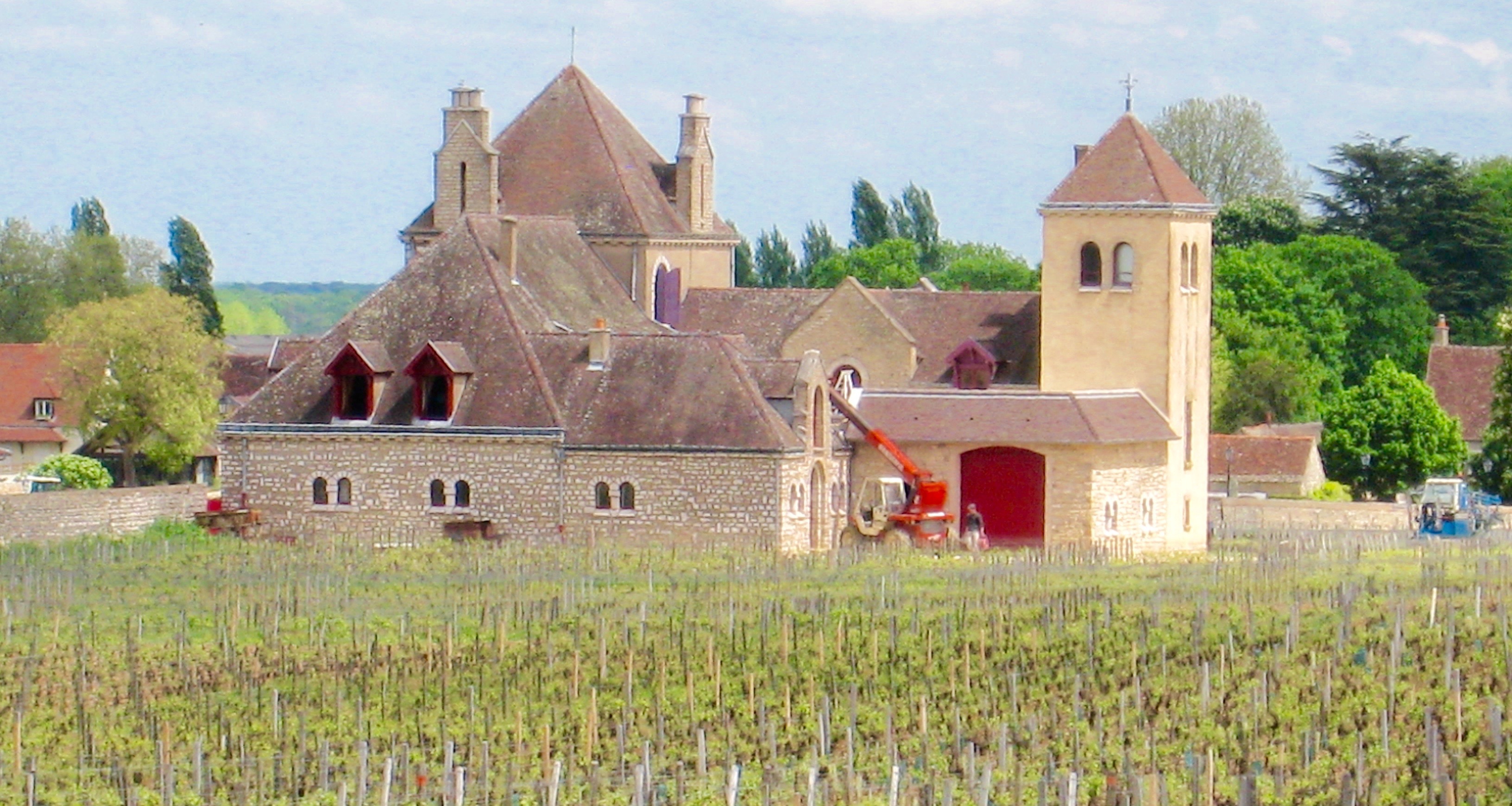 Our first stop in the Côte de Nuits was the Clos de Vougeot, a wall-enclosed vineyard (clos) with a 125 acres under vine. It is the largest single vineyard in the Côte de Nuits that’s entitled to the grand cru designation; a wine of the most superior grade. The vineyard, like so many in the region, was created by the Cistercian monks. The land was either purchased or donated. In 1336 a wall was built around the vineyard, and in 1551 a château was added. During the French Revolution, all vineyard possessions were confiscated and sold to private buyers. In 1818 the château and vineyards were purchased by Julien-Jules Ouvrard and remained a monopole until his death. A monopole (monopoly in French) is an area controlled by a single winery and can be as small as a vineyard or as large as an entire appellation. An appellation is a legally defined and protected geographical indication used to identify where the grapes for a wine were grown. Also note that, unlike in most of the world’s vineyards, single ownership is rare in Burgundy.

After Ouvrard’s death, Clos de Vougeot passed to three heirs but continued to be operated as a single property until 1889, when the heirs sold and the vineyard was bought by six Burgundy wine merchants. This was the first time the land had been subdivided since the creation of the vineyard some seven hundred years earlier. Over the years, the holdings have been progressively subdivided by inheritance or sales, and as of the early 2000s Clos de Vougeot is now split among eighty-six owners. These producers either make cuvées under their own brands, sell their grapes to vintners, or both. And with its array of owners, Clos de Vougeot is arguably one of the most diverse sources of pinot noir in the world.

Next, our guide explained how much the soils can vary even within this 125-acre tract. The soils around the château are chalky and gravelly oolitic limestone and therefore have good drainage. Those in the middle part of the vineyard are soft limestone with clay and some gravel, resulting in moderate drainage. The bottom part of the vineyard is humus-rich alluvial clay and is flat, making for poor drainage.

What about appellation laws and regulations for the French wine industry? I won’t even attempt to go into this, only to say the industry is heavily regulated, and some of your best fine wines are produced here, allowing you to cellar them for years.

Later, when I commented on the size of Clos de Vougeot—large for the region—our guide said most grand cru sites are closer to thirty-five acres, with the average being eleven acres, so the clos is indeed a large grand cru vineyard. And after I checked prices for some of the wines produced in this region, approximately $200 to $3800 per bottle, I can see why Burgundy isn’t popping corks to draw tourists to daily wine tastings. You can, however, plan in advance and make an appointment to tour a specific winery, such as Maison Louis Latour or Louis Jadot.

As I walked through the grounds of the Château du Clos de Vougeot, I was amazed by the tall, sweeping roofs that almost touch the ground, and I marveled at the giant wine presses built by the Cîteaux monks.

My head was still buzzing with wine facts as we approached our last stop of the day—Gevrey-Chambertin, the largest wine-producing village in Burgundy’s Côte d’Or district. While our guide answered the few remaining questions Dave had on viticulture, I took in the scenery and soaked up some rays. The sun had finally appeared to warm the day. 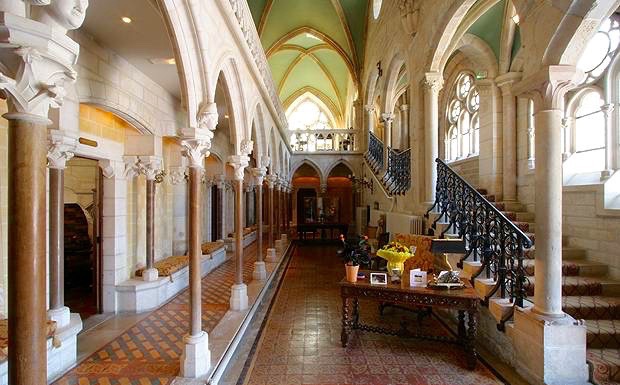 Late in the afternoon our guide dropped us at our hotel, and we immediately prepared for our drive from Beaune back to Dijon, about a fifty-minute trip, as we had dinner reservations at Abbaye de la Bussière. As we wound our way through the Ouche valley, the countryside picturesque and unspoiled, we were glad we had our GPS to guide us. We turned onto one, then another country crossroad and kept going until I was certain we were hopelessly lost, but we soon spotted the Burgundy Canal and knew we were on course. We followed the river, and before long there appeared before us a grand gateway. The drive curved past willow trees and a duck pond, and Shetland ponies grazed on the grass. We parked and were escorted into a main hall. 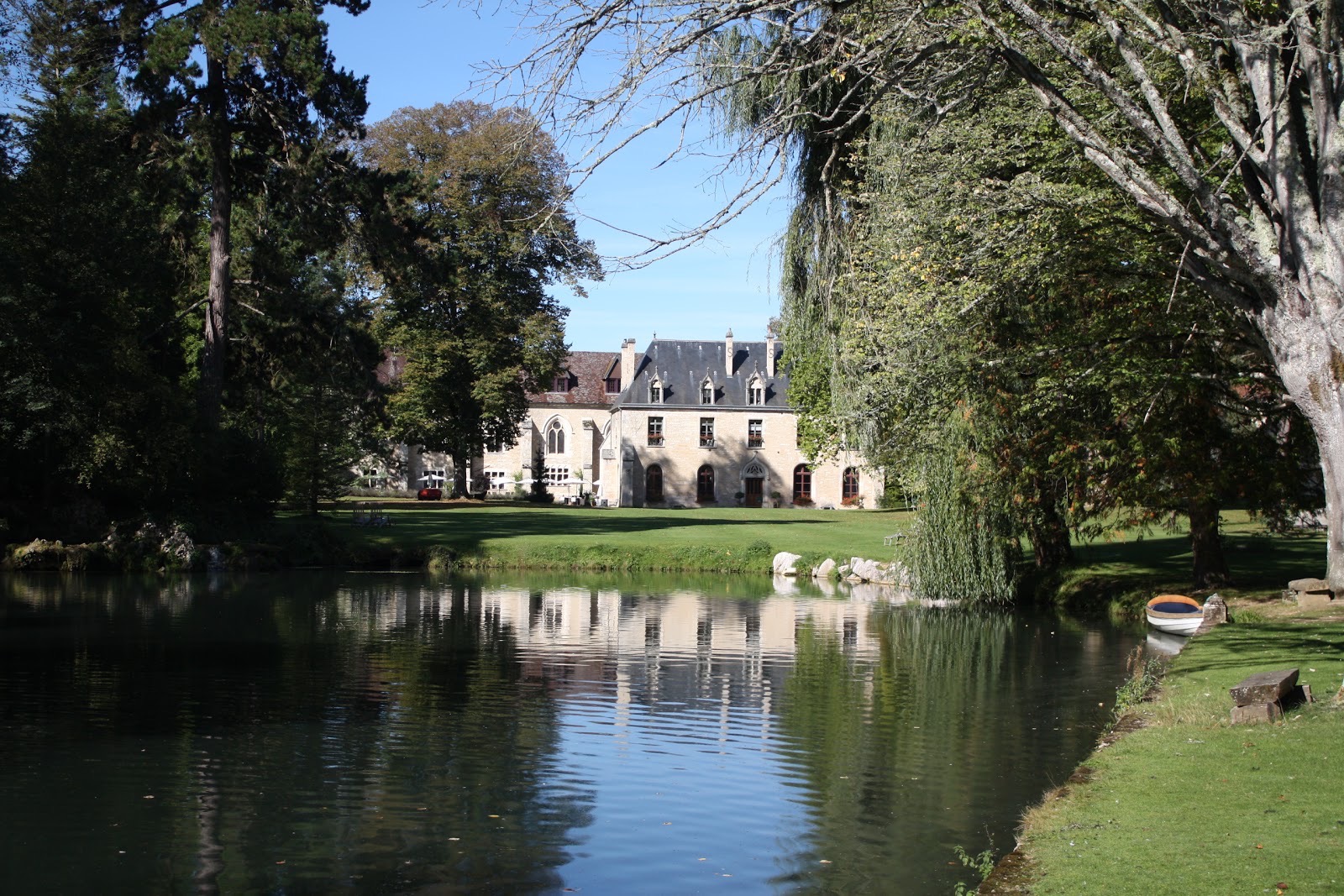 Abbaye de la Bussière is a Cistercian monastery built in 1131 by Stephen Harding, an Englishman, of the Cistercian Order at Cîteaux. Following the French Revolution, the monks were expelled and the property sold at auction. It remained in private hands until it was returned to the Catholic church in 1921 to serve as a spiritual retreat. In decline and decay, the church decided to sell the abbey in 2005. Today it is owned by the Cummings family and is an exclusive boutique hotel set on fifteen acres of parkland with a lake and a botanical garden. The abbey is surrounded by historic vineyards, Gevrey-Chambertin being one of them. There are sixteen guest rooms, all lavishly decorated, and fine dining is in the main abbey building, a cathedral-like setting with honey-colored stonework, traceries, ornate staircases, and stained glass windows that cast soft turquoise light on the vaulted ceilings and walls. 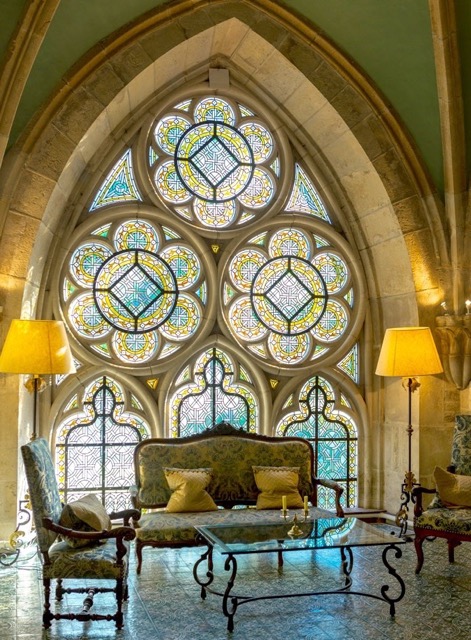 The abbey’s main restaurant is in the former refectory. Seated at a table tucked into a corner, we settled in for a most memorable meal. For starters I ordered the escargot, served with a garlic-suffused green risotto topped with goat cheese foam. It came in a tapered parfait glass, the green risotto at the bottom topped with the goat cheese foam, and in the center of the topping the escargot. The presentation was as delicious to view as the dish was to eat. Dave ordered the crayfish and smoked eel with a candied quail egg on marmalade tomato and anchovy cream. For the main course, I had trout served with basmati rice, capers, golden raisins, and herbs. The whole grilled trout was expertly filleted at our table. Dave ordered free-range pork, morels, and roasted potatoes, with a light emulsion of green pepper and rosemary. For dessert, we selected our favorite cheeses from the cheese trolley and sipped an excellent French port.

As we drove away from the abbey, I wondered what the Cistercian monks would have thought of the monastery today, knowing no vestiges of their strict monastic orders of self-denial, seclusion, and silence remain today. But it was a fleeting thought, as it was obvious that the Cummings have gone to great effort to successfully restore the abbey to it glorious medieval self and are carrying on the Cistercians’ passion for surrounding themselves with peace and natural beauty, which kept the monks close to the earth of which God had made them stewards.