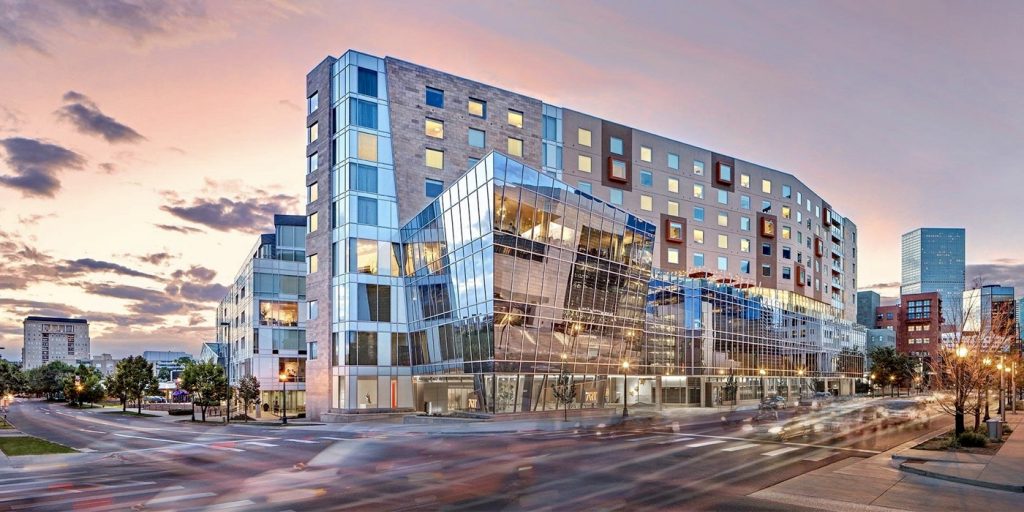 CLON-X, book four in the Darcy McClain and Bullet Thriller Series, is set in the Dallas/Fort Worth Metroplex. Although I mention Utah and Colorado in CLON-X, I have no plans to set an entire book in either state.

I’ve been fortunate to have seen a lot of the world, but now I wanted to see more of my own country, so next on my list was Rocky Mountain National Park in Colorado. While researching and organizing the trip, I came across three places that sparked my interest—all located in Denver.

In 2011, Santiago Calatrava was chosen as the architect for a $650 million expansion of the Denver International Airport. Unfortunately, a year later he withdrew from the project, citing “financial constraints, unnecessary time delays, and deep divisions” between the teams involved in the project. Despite this fact, I was sure he had left his mark on the design and I wanted to see it. Read more here: https://www.archdaily.com/171794/calatrava-withdraws-from-denver-airport-expansion

The first time I saw Calatrava’s work was in Bilbao, Spain: Europe 2013: The Guggenheim &#8211; Bilbao, Spain and again in Toronto, Canada Canada 2017: Toronto—Day 3. I also discovered several of his designs in my own backyard—Wave at Southern Methodist University; the Margaret Hunt Hill Bridge, a cable-stay bridge that spans the Trinity River; and the Margaret McDermott Bridge—all in Dallas, Texas. Read more here: https://www.smu.edu/News/2012/meadows-museum-artdaily-15mar2012

My second Denver discovery was the Denver Art Museum (DAM). One glimpse of the exterior and I knew it had to be a Daniel Libeskind, and indeed he was the architect hired to design the building. I was introduced to his work in Toronto, Canada. He designed the Royal Ontario Museum.

A stone’s throw from the DAM is the ART, a hotel. Again, one glance and I thought of Daniel Libeskind. Close, but not completely accurate. The hotel was designed by a Libeskind protégé, Guadalupe “Lupe” Cantu of Davis Partnership Architects. Intrigued, I didn’t bother researching other hotels and promptly booked the ART.

I’ve mentioned in several blog posts my love of art and architecture, which Darcy has inherited, and both became the highlight of our Denver visit, until we arrived at Rocky Mountain National Park, where nature eclipsed man.

Various artists are represented at the ART, and like any admirer, I was drawn to some more than others. In the portico gallery on the entry level, I was captivated by Mary Ehrin’s Molten Meteorites (2014), metallic leather pieces. They reminded me of gold nuggets.

Frank Gehry’s Fish Lamp, a Formica ColorCore laminate, silicon, and wood piece, was also interesting, although difficult to photograph, as it was behind Plexiglas, to protect it I presume. One of Gehry’s most notable architectural wonders, and far more challenging than Fish Lamp, is his glorious achievement, the Guggenheim Museum in Bilbao, Spain.

Dynamic and colorful, you couldn’t miss Sol LeWitt’s Wall Drawing #397 (1983). With its brilliant colors, the plaster and paint piece leaped off the wall. And Big Sweep (2006), by Coosje van Bruggen and Claes Oldenburg, certainly grabbed my attention with its creativity. The work was inspired by seeing city workers sweep Denver’s streets clean on a windy day. The supersized version, a thirty-five-foot tall sculpture, is located beside the DAM.

But what I didn’t zero in on at first was Leo Villareal’s ceiling of LEDs. Visit his page and be amazed by the Albuquerque, New Mexico, artist: http://villareal.net. The photos I took of his ceiling do not do his work justice.

In the welcome gallery I gravitated to Otter (2014) by Deborah Butterfield, a cast bronze horse sculpture. I’d love to own one. Butterfield often names her works for rivers, mountains, lakes, animals, and towns in Montana. Also of interest was a piece by Edward Rushca, Industrial Strength Sleep (2007), a merino wool, cotton, and Trevira CS tapestry.

In the rooftop bar/lounge, I immediately recognized the Allan Houser sculpture Legends Begin (1990), a cast bronze piece. And inside the restaurant Fire, Larry Bell’s Light Knots (2014), a three-dimensional kinetic sculpture of Mylar, metal, and quartz hangs over the bar. From Fire, you can see Ocean View (2017) by Rob Reynolds.

Moving to the meeting room hallway, I discovered that it too is decked out in artwork. Opposite the art is a bank of windows. The strong morning, day, and evening light made it difficult to shoot good photographs without unwanted reflections, but I gave it my best shot. Here, Larry Bell displays his Church Studies (2014), brightly colored collages of paper, Mylar, and laminated film coated with aluminum and silicon monoxide. I’ve seen his works in Taos, New Mexico.

In the same hallway gallery is the work of Mickalene Thomas, a new artist to me. I loved her abstract piece in acrylic and oil pastel with glitter and rhinestones, titled Untitled #5.

In one of the meeting rooms, I fell in love with Vance Kirkland’s Enigma of Magnetic Forces (1976)—dry pigment and pastel on board.

I hope you enjoy this artistic tour and will join me next week on my art and architecture walk around Denver. Please pardon the glass glare on some of these photos.