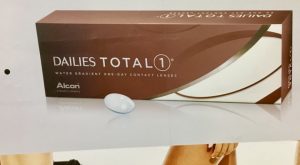 I attended my first Bouchercon in 2002 in Austin, Texas, at the recommendation of a friend who was also a member of the Dallas Fort Worth Writers’ Workshop (DFWWW). Last year the event was held in Toronto, Canada, and I attended. Not only was I looking forward to the convention, but I had never been to Toronto, and on a personal level, I would finally meet my editor, Caroline Kaiser: http://carolinekaisereditor.com

The convention was held at the Sheraton Centre Toronto Hotel, centrally located to the attractions I had on my agenda, for I planned to mix pleasure with business, just as I’ve done at all Bouchercons—the last one being in 2016 in New Orleans, a city I’ve visited many times and one rich with family history. And it was at the New Orleans Bouchercon that I met my current web designer, Maddee James http://xuni.com.

We flew into Toronto Pearson International Airport, and the drive into downtown took well over an hour—because of rush hour and a Maple Leafs hockey game—but we had no plans for the evening except to relax.

Between the convention and sightseeing, our three days in Toronto would be busy, and the weather wasn’t always cooperative, but it didn’t spoil our visit, or our photo ops.

On the first day of the convention, I broke away early for lunch and met David at Miku for sushi, then some sightseeing before I headed back to Bouchercon for the afternoon panels. Of the many I attended during the three days, these stood out—Forensic Footprints, Tech Savvy Tales (technology and its role in mysteries), and Critters in Crime. The most educational was Forensic Footprints by panel speaker Detective Ed Adach of the Toronto Police Forensic Identification Services, and his talk centered on footprints that led to solving crimes.