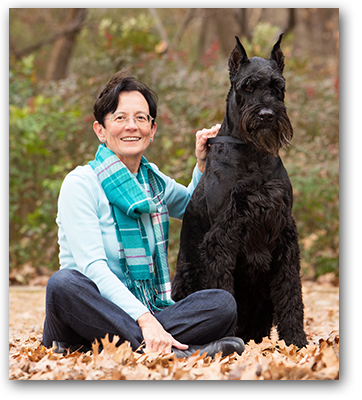 Patricia "Pat" Krapf is the author of the Darcy McClain and Bullet Thriller Series. Her novel Gadgets won the "Betty L. Henrichs Award for Best Publishable Mystery Novel" awarded by the Greater Dallas Writers' Association. In college, she was also awarded the "Publications Service Award" for her contributions to campus publications.

At the age of eight Pat promised herself that one day she would write a novel. As the years flew by this dream took a backseat to "living life". Plus, she still needed to experience more in order to have something to write about. When the time came, in the mid-eighties, she sat on a rickety wooden stool in her home office—actually an unfurnished room in her house—and used an ironing board as a desk. Armed with a handful of pencils, a good eraser, and a legal pad, she set to work to pen a thriller.

A month into the novel she had filled over eighty legal-sized pages on two sides, so she bought a computer. And for the first time since college, she was thankful for that silly requirement to type twenty-five words a minute without mistakes if she wanted to graduate in journalism. Yes, that was on a typewriter, not a computer.

A year later, while attending a course at The American Film Institute in Los Angeles, an acquaintance suggested she write a series. The more she considered the idea, the more it grew on her, and that's how the Darcy Mcclain and Bullet Thriller Series was born.

What inspired the creation of Darcy, the series protagonist? Pat wanted to relive those years growing up overseas, but in a more daring and dangerous way, so she invented Darcy. As for Darcy's canine sidekick Bullet, it seemed natural to include a dog much like Pat's shadow in real life, a giant schnauzer to whom she is devoted.

Pat was born in New Jersey, but spent her formative years abroad. After graduating from the University of Oregon where she received a B.A. in Journalism (advertising), she worked for thirteen years as a writer and product manager in the health care, aerospace, and architectural industries, and was a freelance writer for over twenty years. These days, she devotes all of her time to her thriller series.

Pat was an active member of the Dallas/Ft. Worth Writers' Workshop for ten years and is now a member of several professional writing organizations, including Mystery Writers of America, and Sisters in Crime.

Pat frequents Bouchercon as well as the DFW Writers' Conference.

An amateur photographer who enjoys reading, traveling, and gardening, she lives in Texas with her husband and giant schnauzer Bullet.

About Darcy and Bullet

Darcy returned to San Francisco, her birthplace, at age nineteen after living abroad for eighteen years. She saw her share of the world—Africa, South America, Europe, Australia, and New Zealand—while her parents built their wine business, McClain Import Export.

She holds a J.D. from Stanford Law School and is fluent in six languages. Although she planned to work for the CIA, she didn't make the cut and has no idea why. She was recruited by the FBI's Cyber Division and was on the fast track at the bureau when her parents died in a plane crash, leaving her sole guardian of her ten-year-old sibling Charlene. She thought boarding school offered the perfect solution for them both, but four years later, St. Mary's Academy expelled Charlene. Reluctantly, and with some resentment, she resigned from the FBI to play parent to her sister, one of the hardest tasks she has ever faced. When Charlene entered high school, Darcy started McClain Investigations.

Darcy's father, Bennett McClain, was born in San Francisco and owned McClain Import Export. He began his wine venture in Beaune, France, where he met and married a vintner, Alix Diard-DeLage. Darcy's mother, Alix, was born in Volnay, France, into the wealthy Diard-DeLage Burgundy wine monopoly. Both parents died in a plane crash when Darcy was twenty-nine.

Darcy's only sibling, Charlene, was scarred emotionally by the sudden death of her parents, and the wounds deepened when Darcy shuffled her off to boarding school. Today, the long-standing rift between the sisters is still raw.

Samantha "Sam" Logan is the only child of John and Melissa Logan, co-owners of McClain Import Export. She was born in Kerrville, Texas. She and Darcy grew up seeing the world together and both graduated from Stanford Law School at the same time. Sam was interested in a career with the FBI, but was recruited by the CIA.

Bullet is a male giant schnauzer and Darcy's sidekick in the thriller series. He was born in Kerrville, Texas, at Target Kennels, which is owned by Sam Logan, Darcy's best friend. When Sam retired from the CIA, she bought the kennel after the former owners declared bankruptcy. She is now a giant schnauzer breeder. 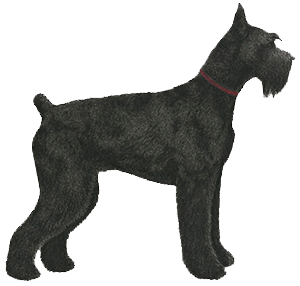 She purchased her first giant in Berlin before returning to the US. His name is Werner's Stalker, and is Bullet's sire. Bullet's dame is Titan's Toro. Stalker excelled at Schutzhund and Toro at agility, and both did well in the show ring. Toro is docked and cropped, but Stalker has natural ears and a magnificent black tail.

Sam sold Bullet to a young man named Paco, who lived in New Mexico. When Paco was killed, Darcy rescued Bullet, and a new chapter in their lives began.