Mesa
In Spanish, the word means “table.” A mesa is an elevated area of land with a flat top and steep slides. Mesas rise sharply above the surrounding landscape, and the top of the hill is usually capped by a rock formation. Photo: Abiquiú, New Mexico. 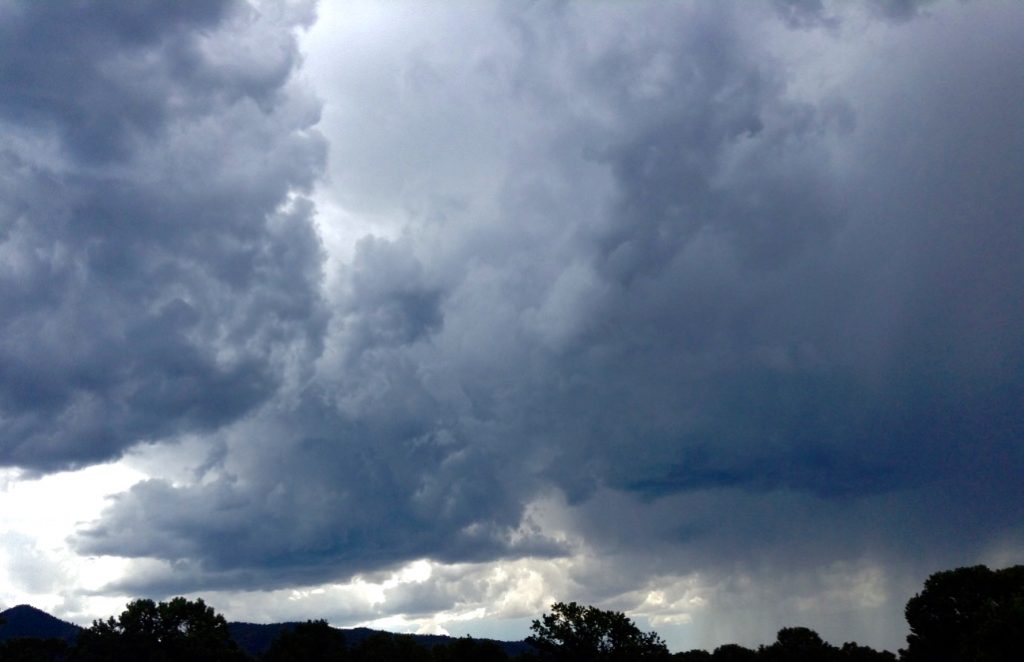 Monsoon Season
The monsoon season in Taos, and in the desert generally, delivers dramatic weather including intense rains, flash flooding, dust storms, strong, damaging winds, hail, and fires from the numerous and violent lightning strikes. For most of the Southwest, monsoon season is also fire season. In northern New Mexico the monsoon storms typically begin in early July but have occurred as early as June. New Mexico receives about half of its annual precipitation during the monsoon season. By late September, the humidity drops, thunderstorms and lightning become rare, and the dramatic and powerful monsoon season wanes. On the positive side, the storms alleviate the sweltering summer heat and resuscitate parched vegetation. Photo: Stakeout area, Taos, New Mexico. 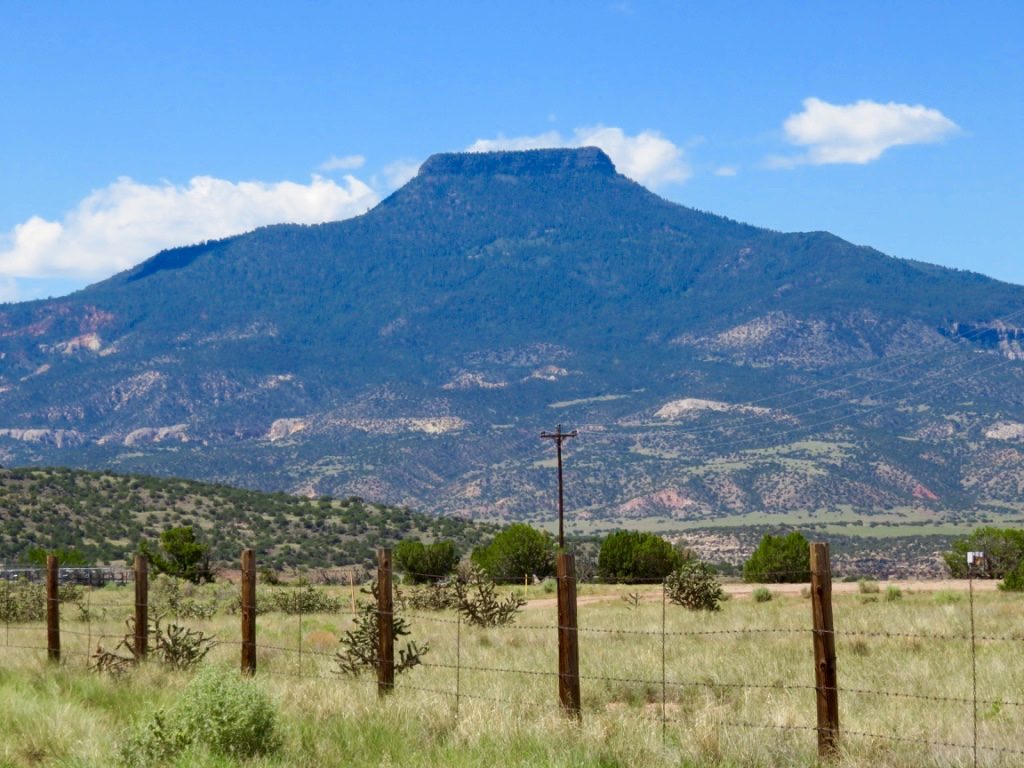 Pedernal
Cerro Pedernal, known to the locals as simply Pedernal, is a narrow caprock mesa that lies on the north flank of the Jemez Mountains south of Abiquiu Lake. The name is Spanish for “flint hill.” Pedernal is the subject of many of Georgia O’Keeffe’s paintings, and her ashes were scattered on its top. Photo: Abiquiú, New Mexico.

The Picuris Mountains
The Picuris Mountains are located in north-central Taos County, New Mexico, and lie on the western slopes of the Sangre de Cristo Range, eighteen miles south of the Taos Pueblo. The mountains are characterized by high, steep ridges and deep canyons, creating a forested backdrop for the Picuris Pueblo that gave the mountains their name. The Picuris Pueblo lands include the mountains’ southern and western sections. “Picuris” in the Tiwa language, a Native American dialect, means “mountain pass place.” The elevation of the Picuris Mountains is approximately 9,734 feet, with Picuris Peak at 10,801 feet. At one time, the Picuris people number 3,000 and lived in the area now known as Pot Creek, near Taos. They migrated to their current lands around 1250 and now number approximately 86. Photo: Tierra Blanca area, Taos, New Mexico.

The Taos Mountains span the western lobe of the Sangre de Cristo Range and include the highest point in New Mexico—Wheeler Peak at 13,161 feet. The second highest peak is Pueblo Peak at 12,305 feet. Pueblo Peak is located on the Taos Pueblo Indian Reservation. The land is private with no public access, but you can shoot photos of the peak by either visiting the Taos Pueblo or heading up to El Prado. Just north of the village is the Overland Sheepskin Company (1405 Paseo Del Pueblo Norte). I’ve taken pictures of the peak from the back lot of the Overland, which has a commanding view of the mountain. I’ve also taken some nice shots of the peak from the village of Arroyo Seco. From here, you can snap photos of Wheeler Peak as well. The locals, Taoseños, refer to Pueblo Peak as Taos Mountain, as do I in my thriller Brainwash, and the peak will be mentioned in the future, whenever I write about the locale.