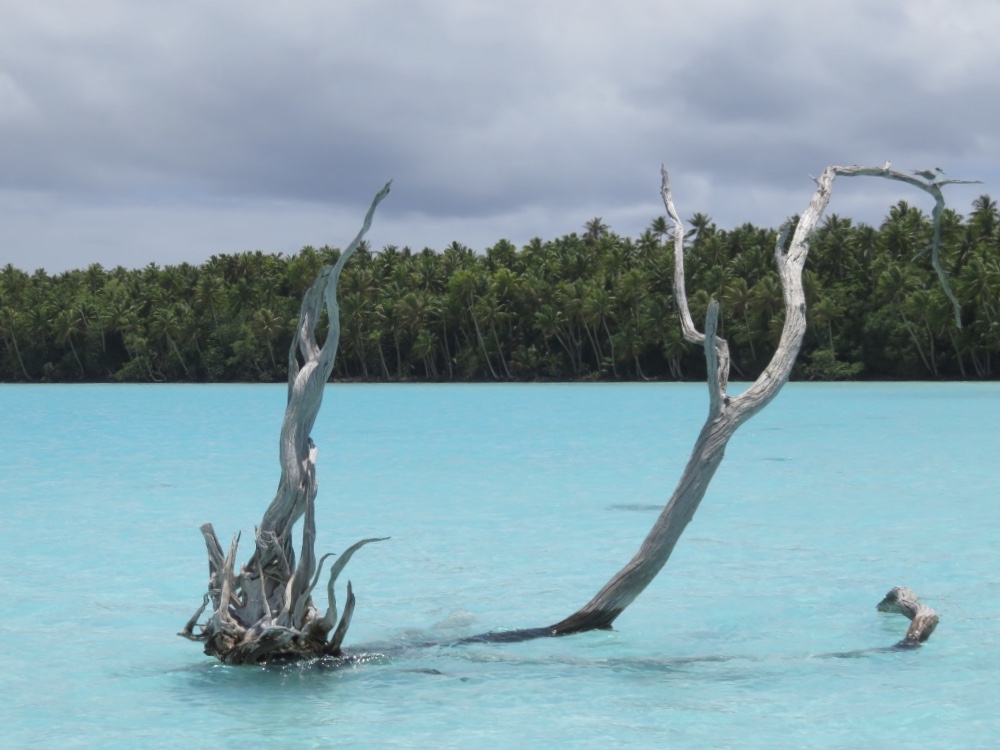 Day three turned out to be busy but fun. We booked the guided bird tour to see the nesting sites of the seabirds in the region. You are prohibited from beaching on Bird Island, but you can tour the waters around the island to see the birds. We were the only ones in the area, and as we glided quietly through the water, we watched and listened, in silence, to the seabirds going about their daily routines.

We left Bird Island and motored on to Motu Onetahi to explore the forest. Manu, our guide, explained the valuable work the Tetiaroa Society is doing to restore the neighboring islands as sanctuaries for endangered native species. To do so, an assertive program has been put in place to eradicate the birds’ biggest threat—invasive rats. The rodents  have had a devastating effect on the seabirds’ nesting habitat.

That afternoon, we had reserved seats for the whale-watching tour. Although we were fortunate enough to see them, we could not swim with them as many guests have done. But we felt privileged to even catch a glimpse of them. At first we had our doubts, but after much patience, we saw a female and her calf surface and swim on, pursued by a male whale whose intent was to kill the calf and mate with the female. We did follow her and her calf for over a half hour, keeping our distance as to not further stress her. As she rode past the reef and out into open waters, the male gave up his pursuit.

What we hadn’t anticipated on the tour, as it was too early in the season, was seeing green sea turtles, but as soon as we left the lagoon and crossed the reef into open waters, we spotted two turtles that appeared to be mating. From October to March, you can take a nighttime tour when the females come ashore to lay their eggs. If you time it right, you can watch hatchlings emerge from the nests.

We arrived back at our villa in time to shower and change for dinner. While we sipped a drink at Bob’s Bar, Heana was on the beach at our villa preparing our romantic dinner. It was her first since she had been hired, and she was excited but a bit nervous, she told us. No need—she did great.

Side note: Pacific Ironwood is called “Toa” by the Polynesians. It means “warrior” and this wood is as tough as nails, living up to its name ironwood.